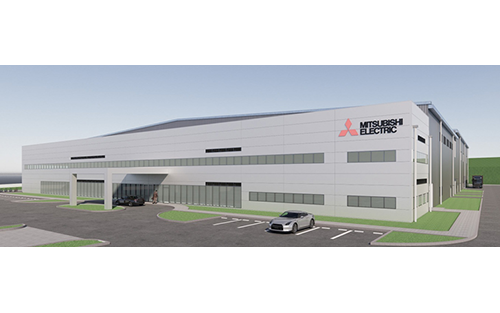 
Mitsubishi Electric Corporation has announced that it will invest approximately 2.2 billion Indian rupees, or 3.1 billion yen, in its subsidiary Mitsubishi Electric India Pvt. ltd. to establish a new factory in India. Scheduled to start operations in December 2023, the new plant will manufacture inverters and other factory automation (FA) control system products, expanding the company’s capabilities to meet growing demand in India. The fast-growing Indian market is growing at an annual rate of about 8%, primarily in sectors such as automotive, food and beverage, pharmaceuticals, data centers and textiles, with new expected market expansion in the future.

Mitsubishi Electric’s FA control systems business in India began in the mid-1990s, and since acquiring a local manufacturer of FA control systems in 2012, the company has continued to strengthen its local business structure by establishing a local engineering team, expanding service and support capabilities. , and in 2013, start of local product manufacturing.

The new 15,400 square meter two-storey plant will be built on a 40,000 square meter plot near Pune, Maharashtra, and will help expand Mitsubishi Electric’s production capabilities to meet local product demand, and will also help to the Make in India initiative promoted by the Indian government.

In addition, the new plant will incorporate various features aimed at achieving carbon neutrality by reducing carbon dioxide emissions through the use of highly efficient air conditioning systems and LED lighting equipment, and achieving development goals. (ODD) by reusing wastewater through underground filtration treatment and greening.


Did you enjoy this great article?

Check out our free e-newsletters to read other great articles.