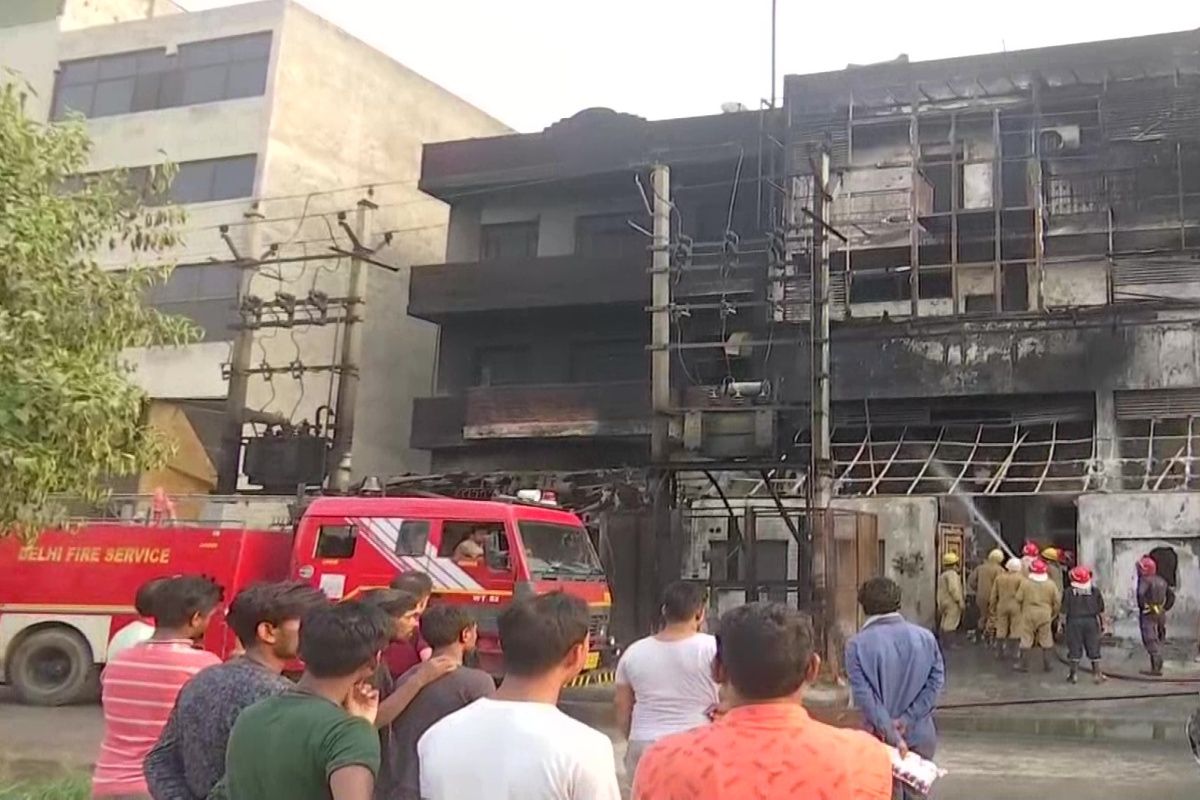 Delhi: A massive fire broke out at a factory in the Mangolpuri Phase-1 area of ​​Delhi early in the morning on Wednesday. As many as 26 firefighters have been dispatched to the scene and so far no casualties have been reported by the Delhi Fire Department. The fire was declared medium category and was brought under control within hours.Read also – 1 dead, 6 rescued after Rohini fire in Delhi | Spot Visuals

SK Dua of the Delhi Fire Department said: ‘The fire has been declared medium category and 26 firefighters have been dispatched to the scene. The fire is now under control. So far, no casualties have been reported. We also used a remote control firefighting machine to extinguish the fire. Also Read – Huge fire breaks out in intensive care ward of Delhi’s Brahm Shakti Hospital, patient fears death

The cause of the fire has not yet been determined. Also Read – Fire breaks out at tableware factory in Hamidpur area of ​​Delhi, 23 fire tenders initiated

Earlier on Saturday, another massive fire incident was reported in a plastic godown in the Badli area behind Rohini in Delhi.

In May, a violent fire broke out in a factory in Mundka. According to reports, at least 27 bodies were recovered after the incident, of which 22 corpses have already been handed over to their respective families. The four-story building has been used as office space for several companies. According to the Delhi Police FIR, the building did not have a fire safety protocol in place.

On May 23, a Delhi court granted three days of custody to the owners of the building – Harish Goyal and Varun Goyal in the said fire tragedy case.

The Cheesecake Factory: Take the Cake and Eat It (NASDAQ: Cake)