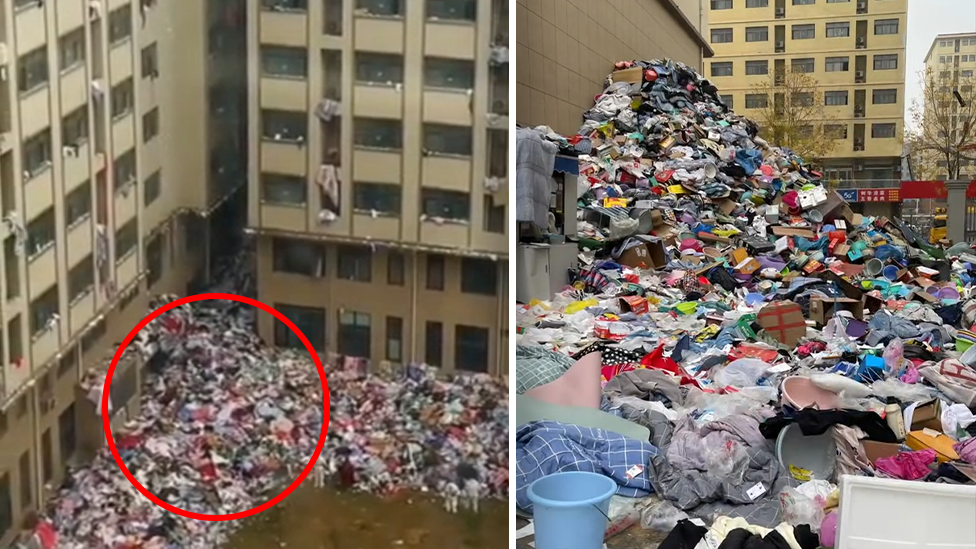 The images appeared during the second week of November, following a series of Covid-19 outbreaks at Foxconn factories in Zhengzhou. The spread of the virus and reports of deteriorating living conditions have caused widespread panic among workers. A video shows them climbing fences to escape the factory.

The factory produces around 70% of the world’s iPhones and typically employs around 200,000 people. There has been pressure on the company to satisfy the consumer electronics hunger this Christmas.

The shutdowns couldn’t have come at a worse time for Foxconn. Apple has warned customers that iPhone shipments may be delayed. “We are working closely with our supplier to return to normal production levels while ensuring the health and safety of every worker,” Apple announced on November 6.

Foxconn is trying to lure workers into factory jobs

Associate Professor Dr Jenny Chan of Hong Kong Polytechnic University has been studying Foxconn since 2010. Her interest was sparked by reports that the company had installed safety nets around buildings following a series of suicides of employees. Dr. Chan now advocates for workers’ rights in the company’s factories.

Speaking to Yahoo News Australia on Friday, she remained concerned about the health and well-being of workers at the Zhengzhou plant. Shortages of food and medical supplies have been reported since access to canteens and convenience stores on the plant site was restricted. It is also unclear how many Foxconn staff are infected with Covid-19, but it has been alleged that a large number of workers have been quarantined.

Dr Chan said dormitory administrators would face immense pressure to empty the abandoned rooms. “Workers fled or escaped or refused to work at Foxconn, and therefore they have to clear new spaces for those who are recruited from the villages or the agencies,” she said.

Those who fled the city were forced to leave on foot for lack of public transport. Australian National University honorary associate professor Dr Anita Chan told Yahoo News Australia that many had to walk for hours or even days and that bringing their luggage home was not an option due to from the distance.

“Some appear to have been thrown out of windows… some left on the streets by the workers,” she said.

Dr Anita Chan compares the situation to Shanghai earlier this year, when there was not enough food during the strict lockdowns. She adds that most Foxconn workers are not from Zhengzhou, so they are treated as migrants.

“They live in very overcrowded dormitories… housing eight to ten workers in one room is normal. You can imagine there’s a lot of cross-infection,” she said.

Labor shortages became so acute that the People’s Liberation Army urged retired veterans to come to Zhengzhou to help with production.

Villagers and graduates were offered bonuses and higher wages to work in the factory. After spending 15 days at the factory, new employees will receive a payment of 1600 yuan ($334) and they will receive 30 yuan per hour, according to China Daily.

There are reports from the company has since achieved its goal of hiring 100,000 new employees.

Massive expansion of the Foxconn factory

Foxconn and Apple did not respond to requests for comment from Yahoo News Australia.

Yahoo News Australia understands that some within Foxconn are blaming Zhengzhou municipal authorities for workers who abandoned their jobs. They argue that authorities have failed to inform the public of virus control measures that they claim would have assured local residents and employees. They added that employees are tested for Covid-19 nucleic acid once a day.

While several social media accounts allege the buildings housed Foxconn workers, it remains difficult to verify who owns the buildings. Dr Jenny Chan cannot travel to the region from Hong Kong due to Covid-19 travel restrictions, and there have been no accredited journalists reporting to Australian news outlets in mainland China since 2020.

In 2015, Foxconn had 12 construction zones, each given a letter between A and M. The site was so large that buses were used to transport workers to factories.

Foxconn has grown significantly since it began operations in 2010, and that includes building new housing for workers. “Specifically, we’re referring to the economic zone near the airport,” Dr Jenny Chan said. “As a result, some (older) buildings were taken over and converted into living spaces. Some are rental apartments that are outside Foxconn’s direct control…they are (managed by) property management or housing companies and they indeed serve Foxconn in some way.

Do you have a tip for the story? E-mail: [email protected].

Making tea 1000 liters at a time - Inside the factory where Non's complex, alcohol-free wine alternatives come to fruition