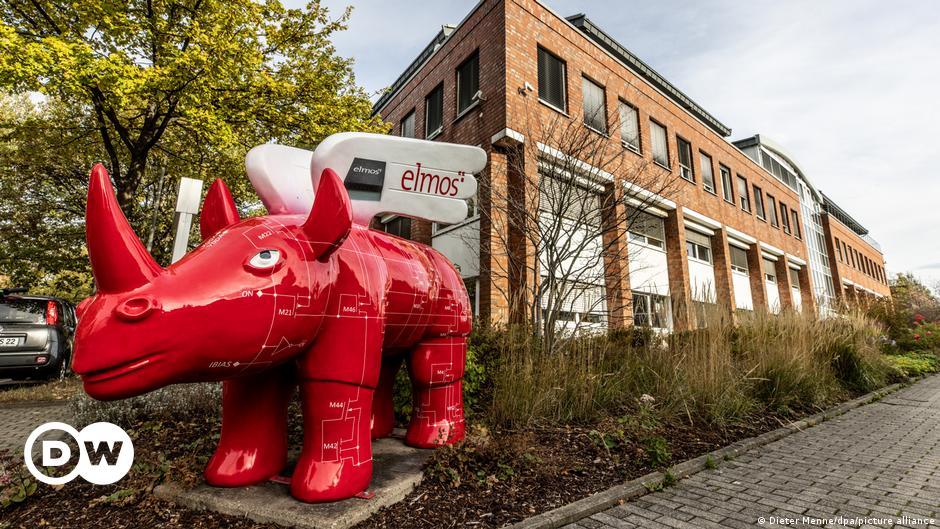 In a sign of deepening cracks in Germany’s ruling coalition, Economy Minister Robert Habeck submitted a proposal to the government on Tuesday to block the sale of the Dortmund-based Elmos chip factory.

The development follows an apparent discord within the Cabinet over the degree of Germany’s dependence on Beijing.

What do we know so far?

The Swedish company Silex, a subsidiary of the Chinese company Sai MicroElectronics, is seeking to buy the chip company Elmos.

Silex is looking to buy the Elmos site for some 85 million euros (just under $85 million). The move could see the German company end production and simply sell Silex-made chips to its customers.

However, Germany’s Federal Ministry for Economic Affairs and Climate Action, led by Green Party politician Habeck, is against the sale. A source at the ministry told the AFP news agency that the acquisition “would pose a threat to public order and… security”.

“The department therefore suggested that the federal cabinet prohibit the acquisition of Elmos,” the source said.

Germany’s domestic intelligence agency has also reportedly raised concerns, even though the German company’s technology is not state-of-the-art.

Habeck reportedly criticized takeovers in semiconductor manufacturing and chip production. The sector is particularly sensitive, as German automakers were hit hard last year by a global shortage of chips due to supply chain issues.

The Cosco agreement in Germany: a risky dependency?

To view this video, please enable JavaScript and consider upgrading to a web browser that supports HTML5 video

What is the background?

A split in the Cabinet over overreliance on China has emerged particularly over the sale of part of the Port of Hamburg to Chinese state shipping company Cosco.

Centre-left Social Democratic Chancellor Olaf Scholz defied calls from six ministries – citing security concerns – to veto the sale, instead allowing Cosco to buy a reduced stake. The Green Party and the neoliberal Free Democrats, junior members of the coalition, had voiced their opposition to the sale in its original form.

Eventually, the sale to Cosco was approved as part of a compromise that allowed the Chinese giant to acquire a stake of just 24% against the planned 35%.

Habeck and other ministers from both parties in the junior coalition have warned that it is unwise to make Germany more dependent on China at a time when it is weaning itself off energy imports from Russia.

German President Frank-Walter Steinmeier, a member of Scholz’s Social Democrats, said Germany must “learn lessons” from the standoff with Moscow. Steinmeier himself has been criticized for pursuing closer economic ties with Moscow during his tenure as German foreign minister.