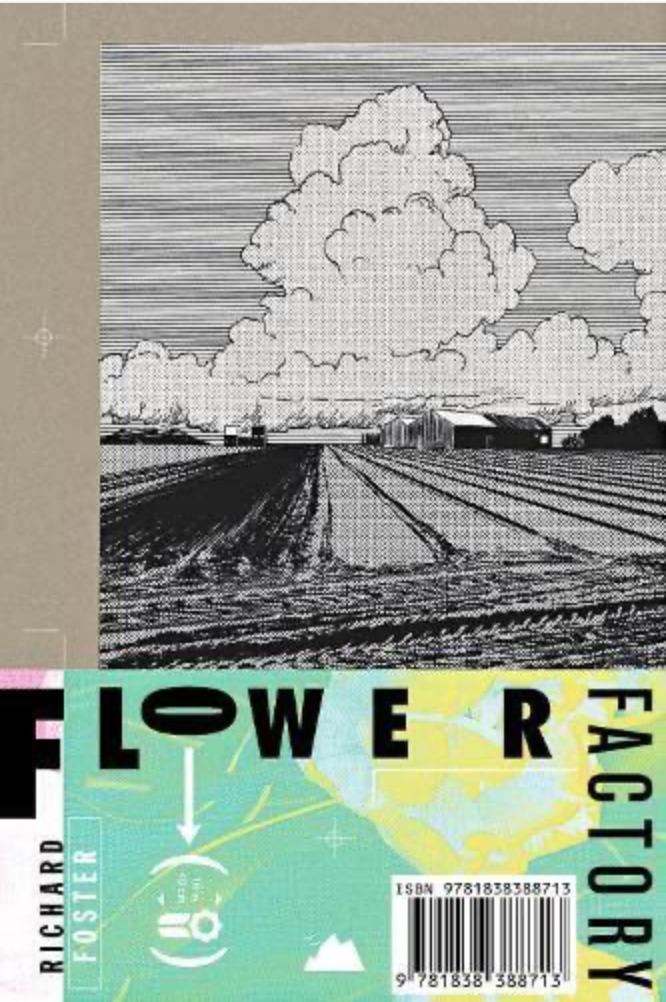 With words as weapons and ideas as the incendiary punctuation of the corporate juggernaut, Richard Foster is perhaps the greatest contemporary music writer you should make the effort to read. His enthusiastic, spirited descriptions of the sound and vision of frontline bands you’ve never heard of have graced the online pages of The Quietus and Louder Than War like missives from the cultural trenches. His enthusiasm for the tsunami and his brilliant wordplay are the twin deities of his verbal works of art and signposts to brilliant scenes of the culture of pre-war Russia and the new European undergrounds.

Like the music and the culture in which he immerses himself, Richard is a Spartan warrior of this underground nude. You might not get instant name recognition because he’s not playing the traditional poisonous game where media ocrity is celebrated and safety is hung up like the lifeboats lowered from the sinking Titanic.

A wild-eyed figure who seems to come from the distant past with his broad Lancashire accent – a feisty Lanky Twang and tweed dress make him look like his hometown Accrington fell walker walking through the fields of wealthy landowners at the time of the great intrusion and culturally, that is perhaps the closest description to him.

Just who this high-decibel conundrum is revealed in his new book which is both a hallucinogenic autobiography that sort of explains everything while taking on an adept daguerreotype and cultural view of the country he called home for twenty years: The Netherlands.

The book could also be an autobiography of those turbulent times with the writer raging through ugly seas of populism and creeping new Orwellian climates seeking to smother the cultures we hold dear in safe and mundane comfort zones. It tells the story of the young author settling in Holland, like many contemporaries, delighted with the new and vibrant culture and possibilities of the lowlands. It was a time of cultural explosion, crouching revelers, wild noise and reckless artistic abandon, Holland was a dayglo of free-thinking against the gray skies of Blighty.

The book is about culture shock, decade shock, and a sense of loss of what we once assumed was permanent. These are the shadows and shimmers of pre-pandemic and pre-Brexit Europe, these are outward visions of Holland – a country so familiar and yet so silently different. It’s a strained relationship that exposes both host and stranger. He is a Lancashire gimlet eye that scans the plains and his sightings tell you as much about the scribe as the description.

A brilliantly written book full of love for words and language lexicon, it’s a Helter Skelter ride through the heart of Holland. It’s a wild embrace of the fervent counterculture of squat bands and parties, the thriving art and pop scenes that have always been embroiled in squat politics and tried to challenge corporate blandness. creeping. It’s a story of artistic challenge, whether through loud bands, endless parties or nerve-wracking ideas or even in the machine-gun prose of this beautiful book that’s a wild ride through the tulip-covered heart of a unsuspecting nation…

Richard Foster is always the disrupter, the celebrant of distance and ideas and his words are as always full of the fire and brimstone of those who are truly touched by the hand of the divinity of art. It is a book about the passion for music, the thirst for life and the embrace of art. It is about ideas and action: time: vision and is both a biography of a long-lost European ideal, a heartbroken Britain and the nervous breakdown of culture and culture wars, as well as the fascinating and wild spirit of the Accrington. intellectual – an academic with fire in his veins and a high-decibel soundtrack of passion ringing in his ears.