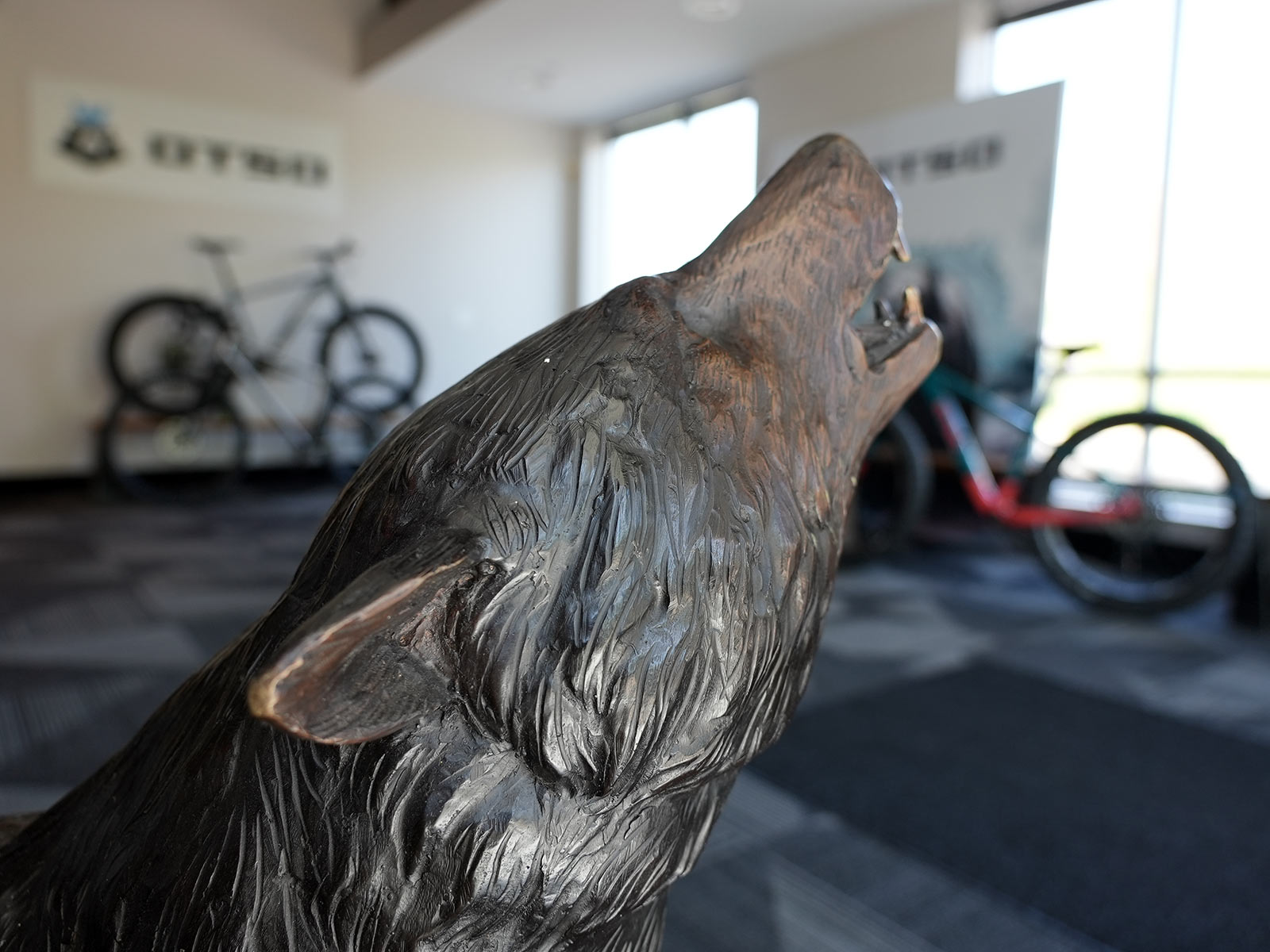 Our Wolf Tooth component factory tour may not involve drones flying over their facilitiesbut we take a closer look at how they machine their parts in-house, from the trays to the dropper levers to the tools and more!

And if you look closely, you’ll see a teaser of THREE new pieces are coming soon from the Minnesota-based brand. All three are brand new categories for them, and we even took sketches of a possible range extension for their bottle cages! Think you can spot them? Let’s go… 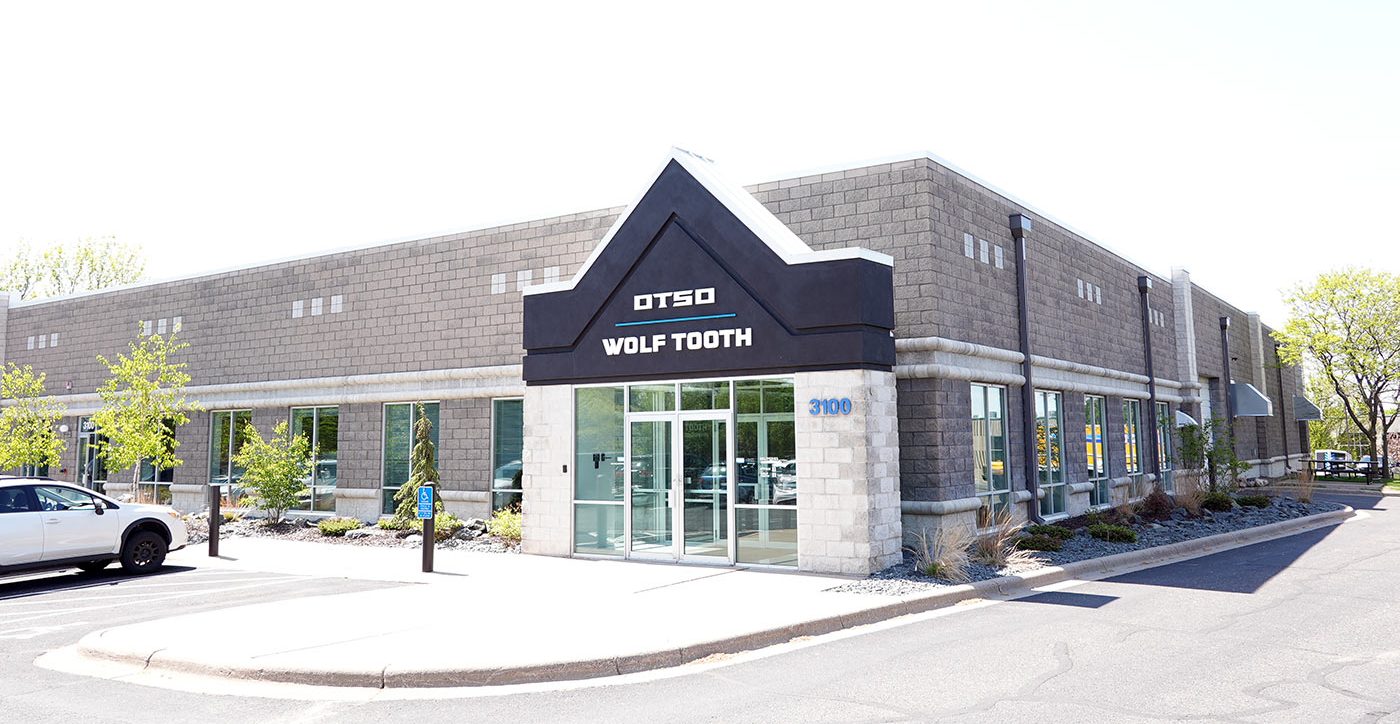 Located just south of Minneapolis, Wolf Tooth Components headquarters also serves as a factory for most of their components. Bearings and such are imported from other vendors, and they outsource a bit (more on that below), but they machine almost everything else in-house. 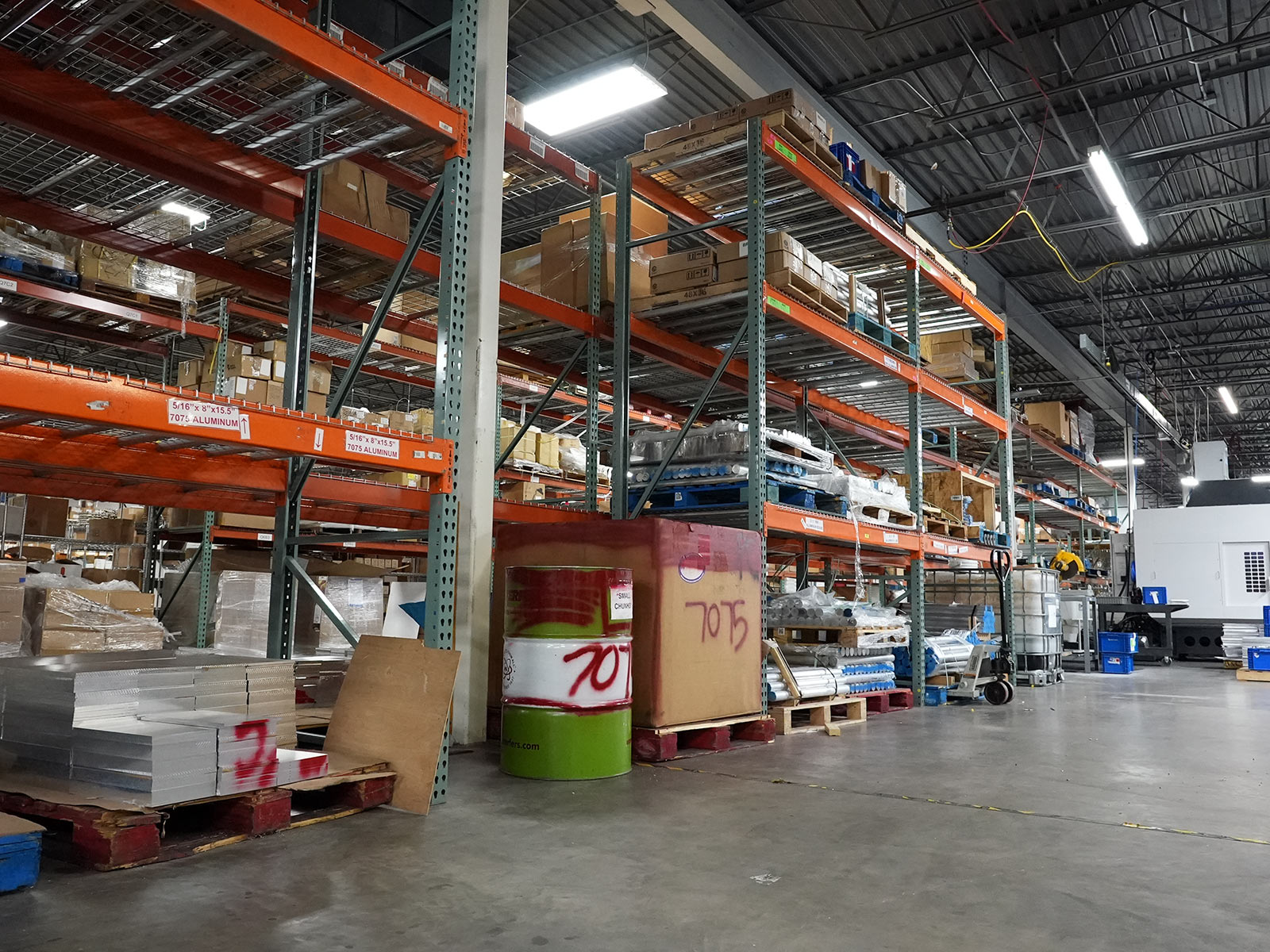 If we shoot following the workflow, we start at the back where raw materials are received, checked and stored. Aluminum plates and bars of various sizes are waiting to be transformed into lightweight chainrings, seatpost clamps, mini tools, and more. 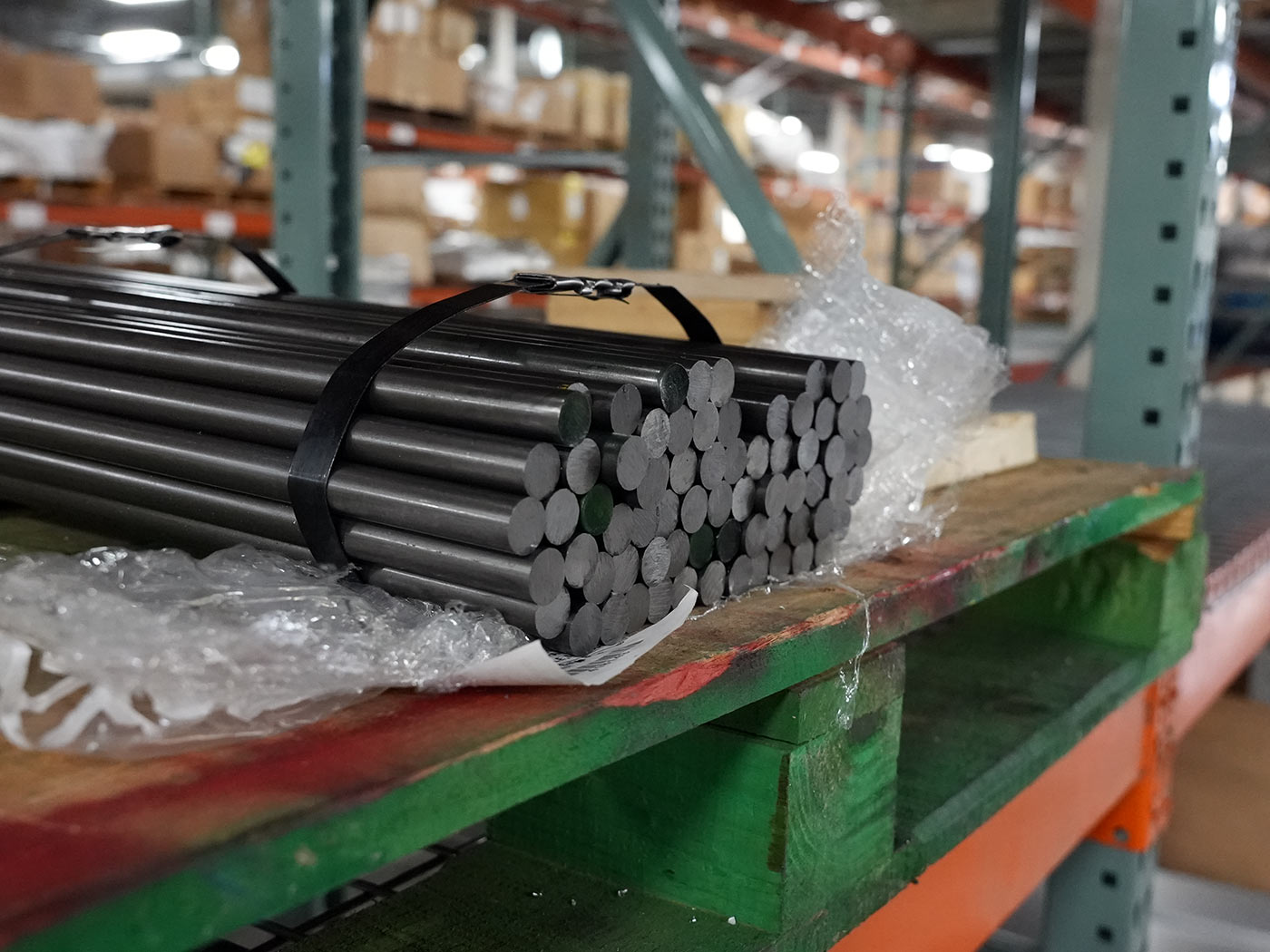 Hmmm, I wonder what those thinner rods could be used for? Are they even aluminum? 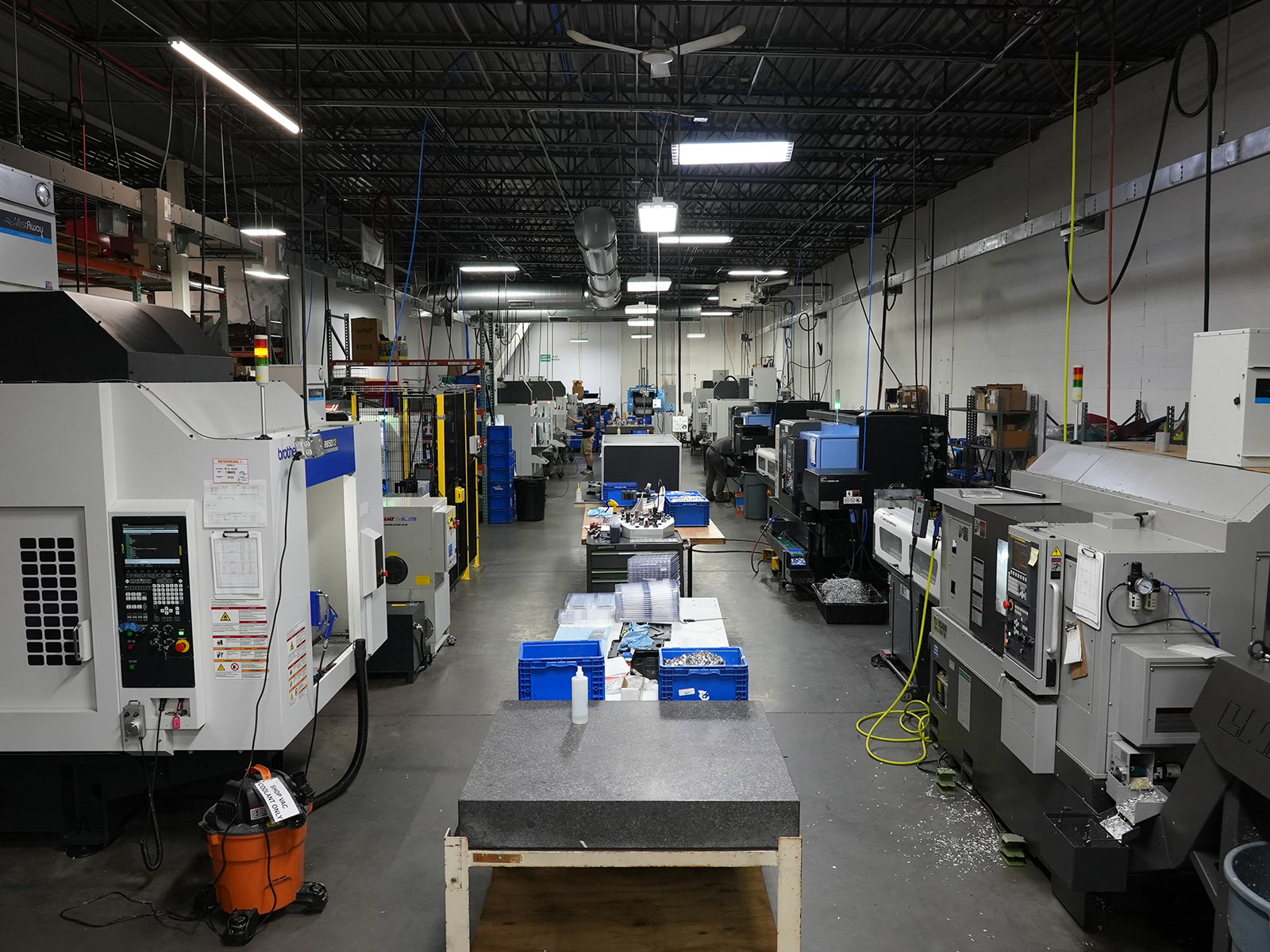 At the end of the prep area is the machine shop, full of lathes and mills, and they keep adding new machines to keep up with demand. Sometimes they use a combination of machines to finish a single part, allowing them to create complex shapes, such as on the tooth profiles of their narrow-wide DropStop chainrings. 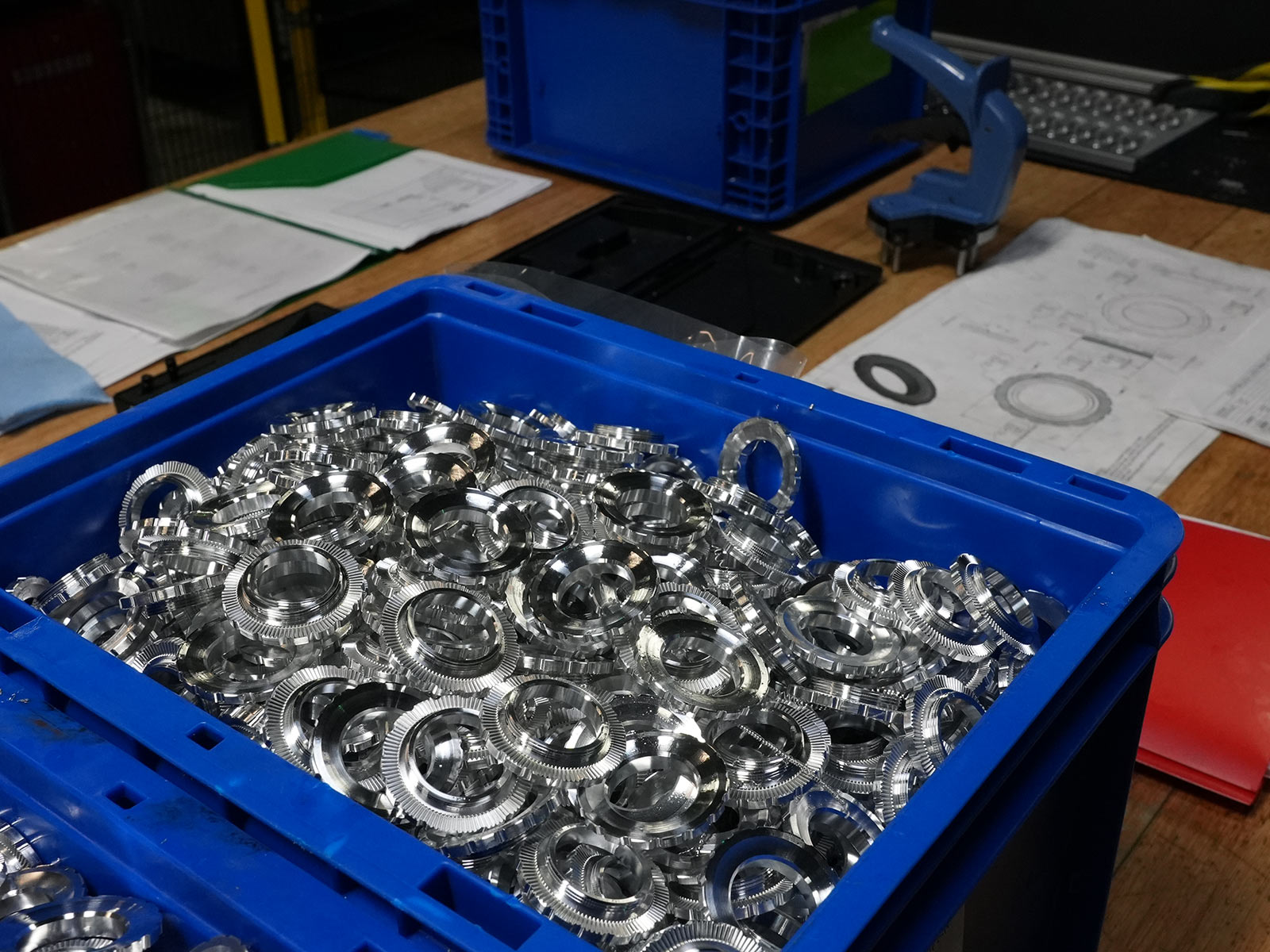 Much of what they sell is made here, even small parts like a Centerlock disc brake rotor locking ring. These are fresh off the machine, but will be sent out to be anodized in a rainbow of colors. 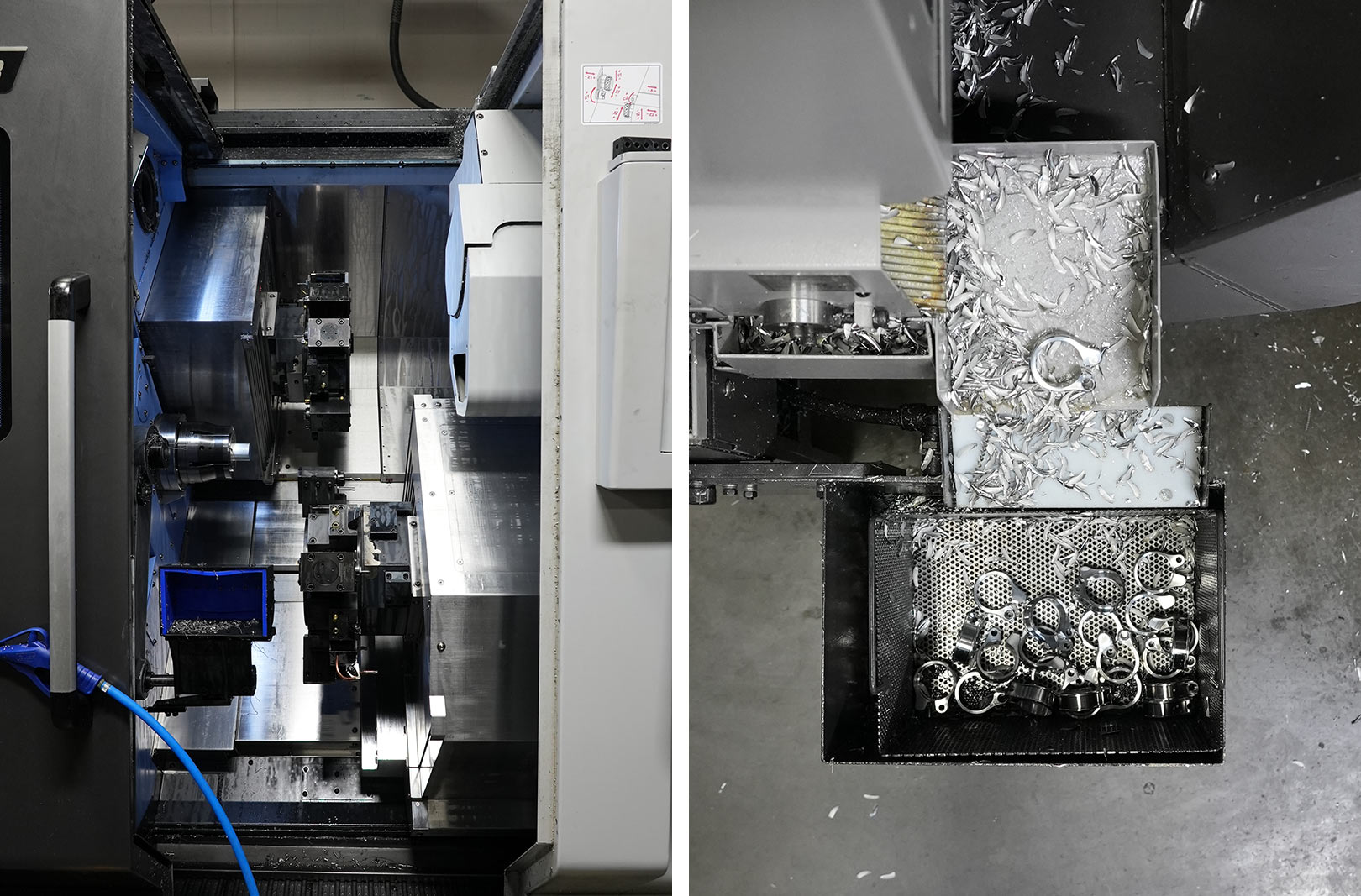 Some machines run 24/7, depositing coins into a collection bin as they run out… 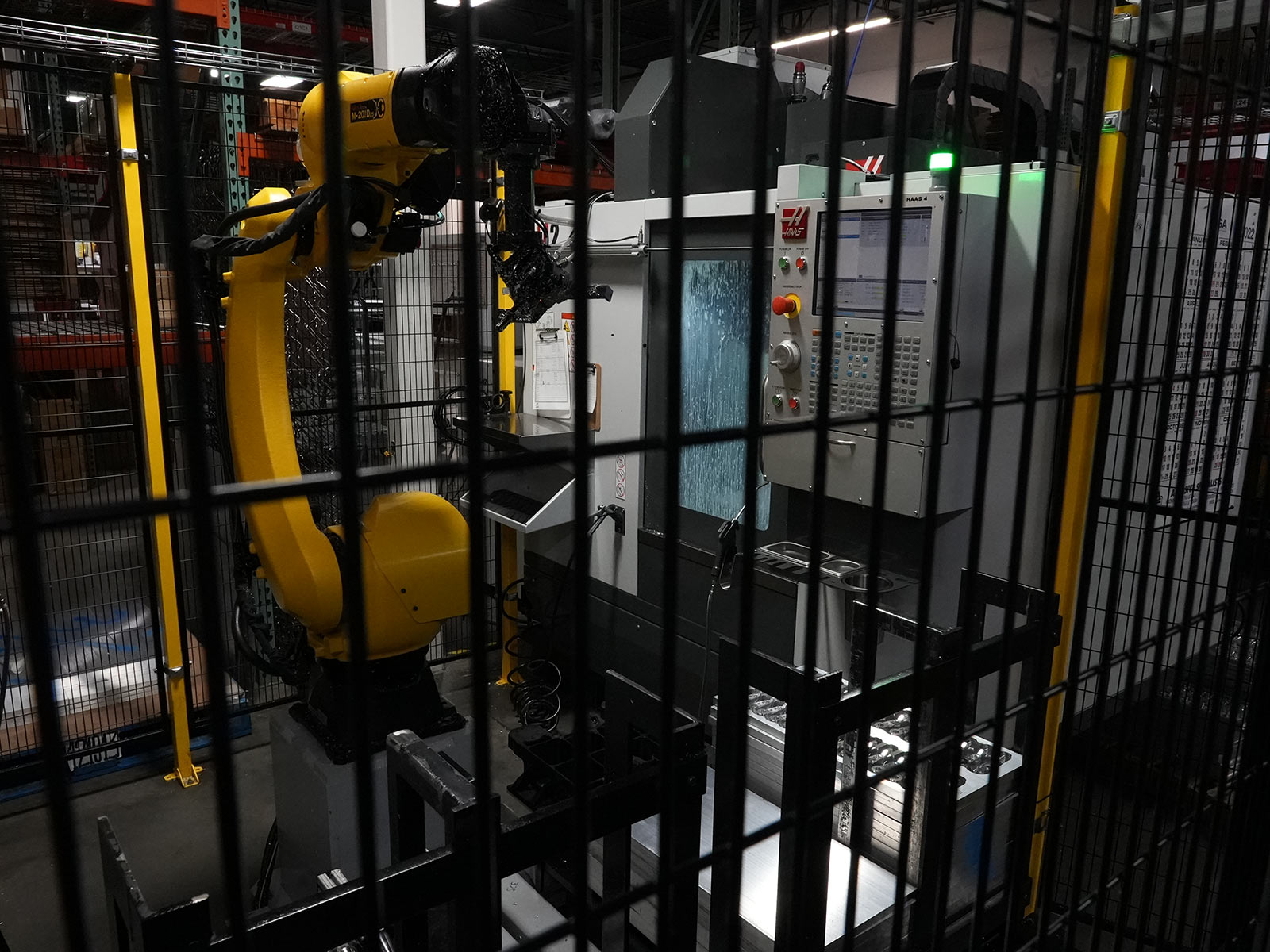 …with robots feeding in new blanks and mining finished parts while we humans sleep. 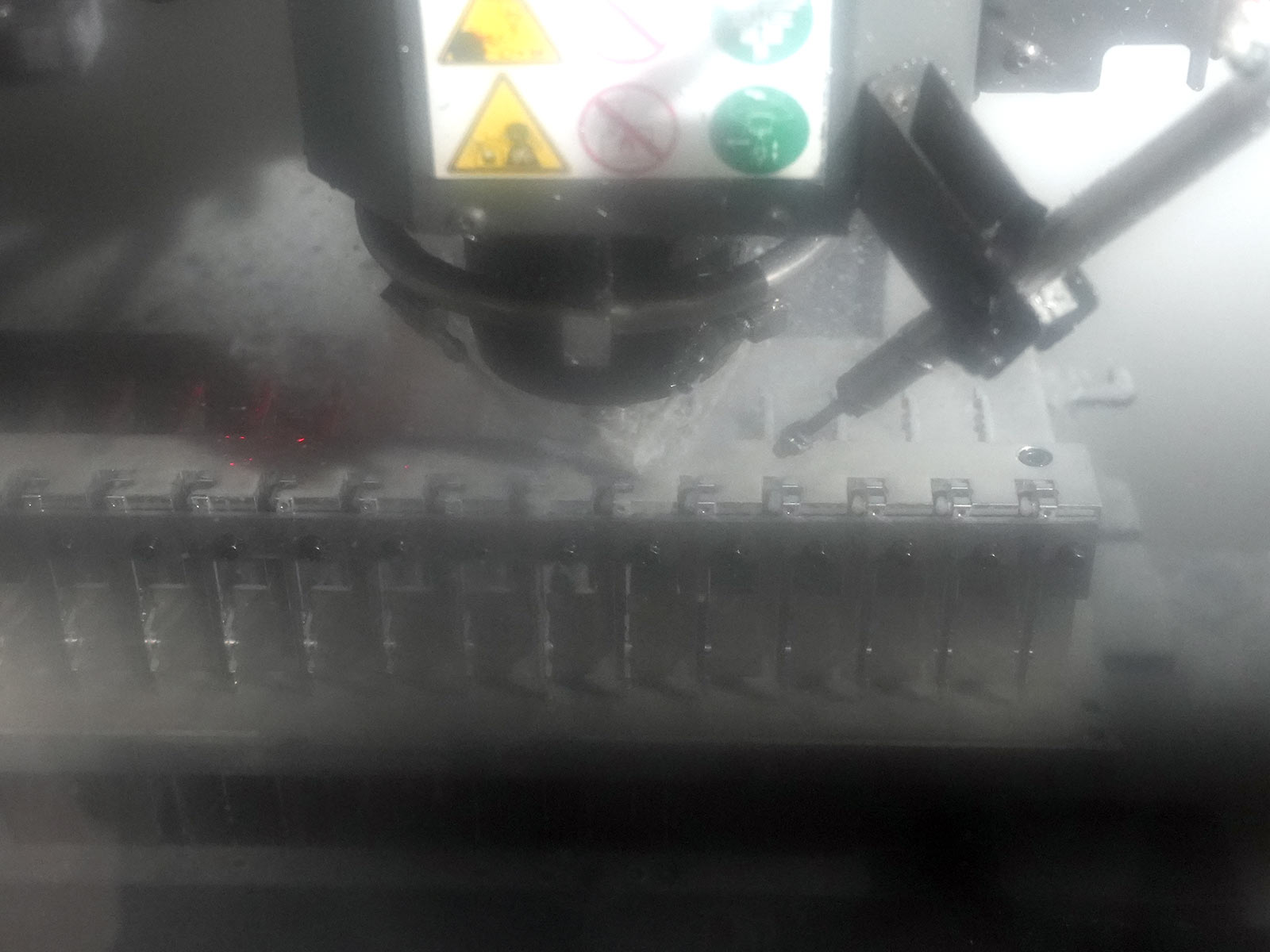 After a part is made, it is placed in tumbling machines with different media to smooth out any sharp and rough edges. It also polishes them, so the anodizing is nice and shiny. 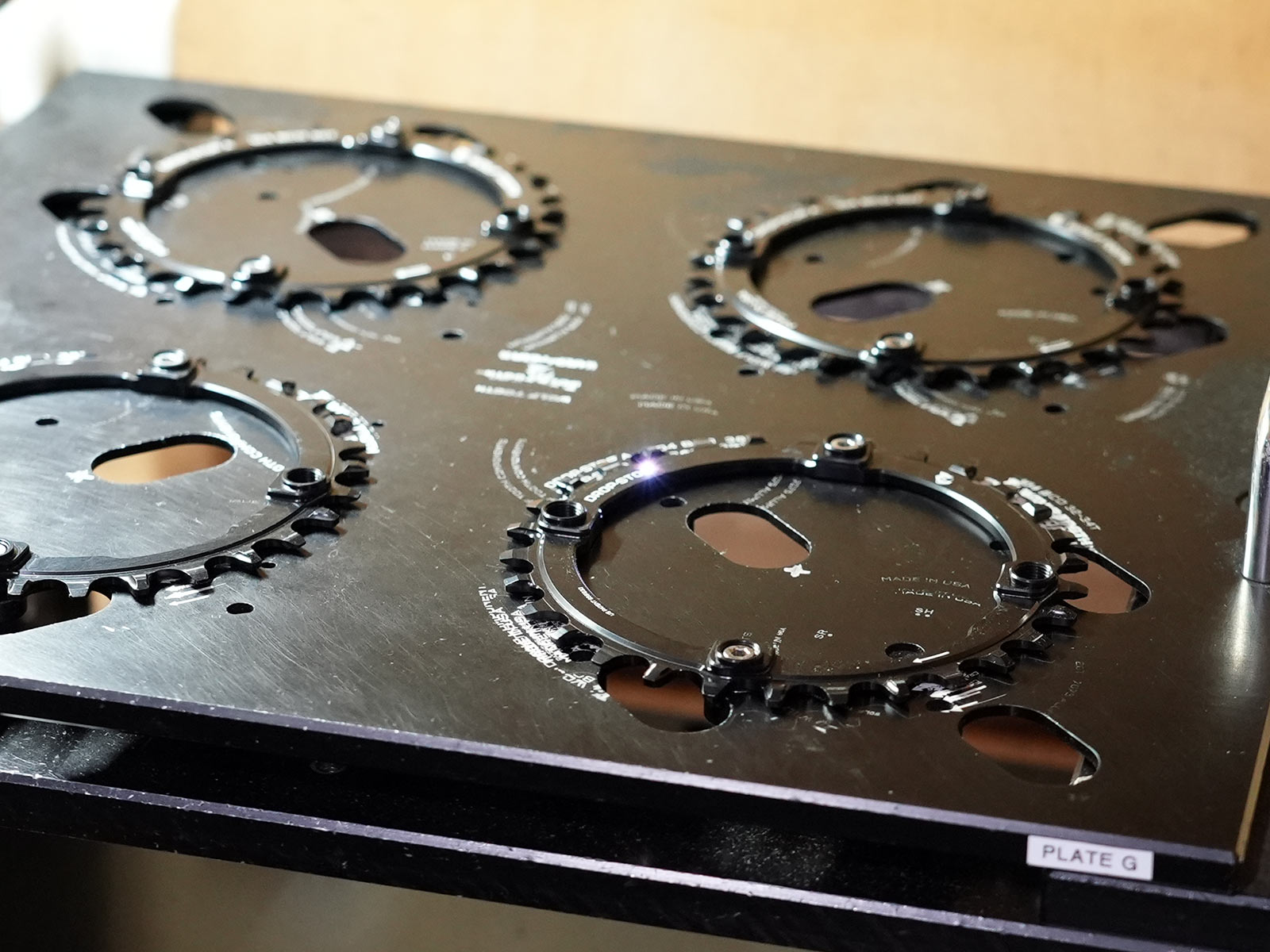 The laser engraving machine was the first machine they purchased and lived in Mike’s basement for years before having their own building.

At first, they subcontracted the machining of the chainrings to two different local workshops. They are still using these two stores and have only increased volume with them, even though they have been adding more and more capacity and capacity internally. 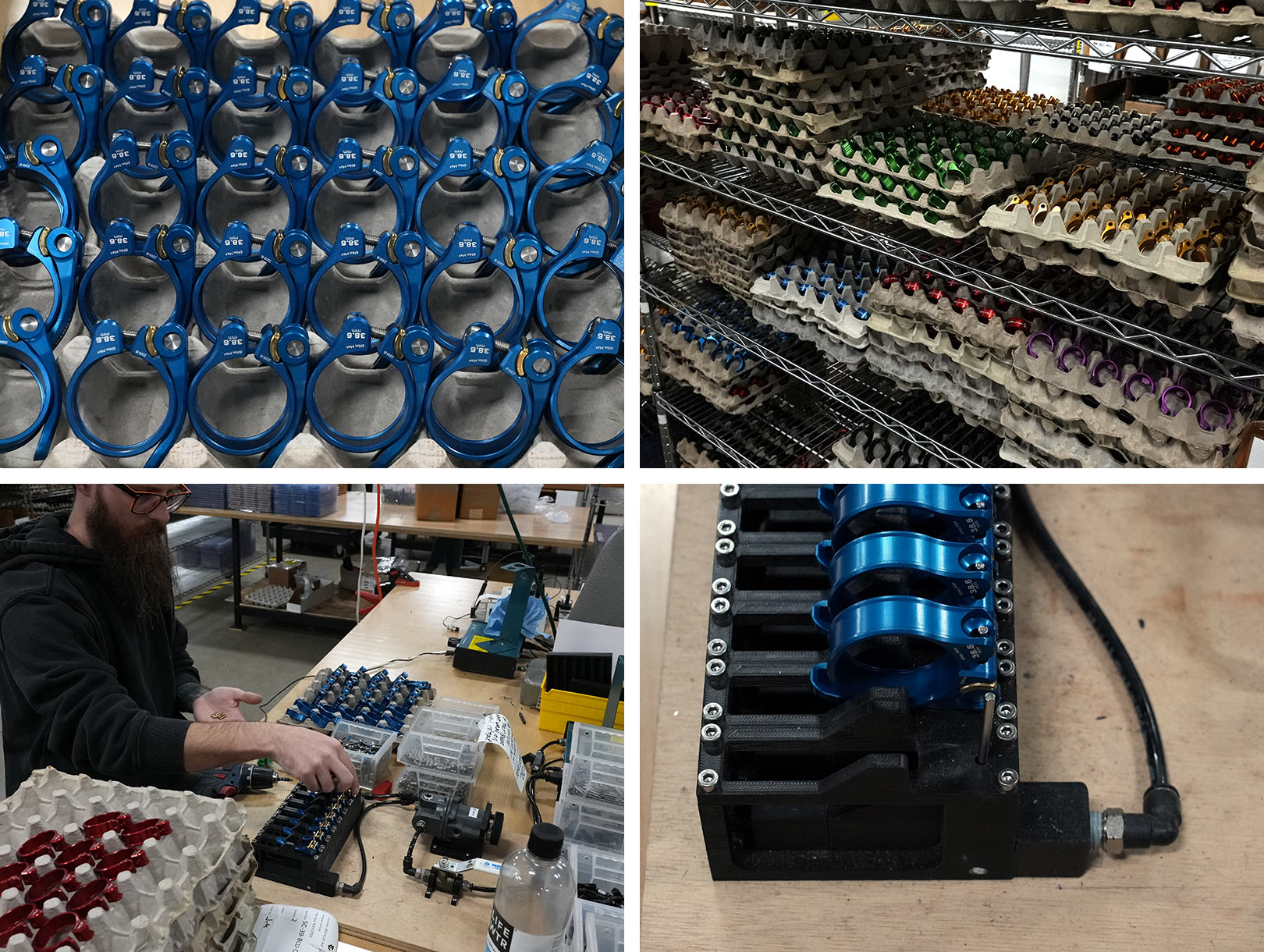 Once the parts come back from anodizing, which is one of the only major steps not done here, they are organized and staged for assembly. Many of Wolf Tooth’s assembly machines, brackets and tools are manufactured in-house, either machined or 3D printed.

Their seatpost binders are slid over a pin that is pushed by air, so it won’t prick the part if the assembler doesn’t line up the hole correctly…which means it won’t will not scratch the ano and end up in their periodic Scratch & Dent sales.

The headsets are treated the same, with top and bottom cups in every color waiting for the correct bearing size. Most of them are made to order because it’s quick and easy to prepare and ship, and because there are so many options and color choices. 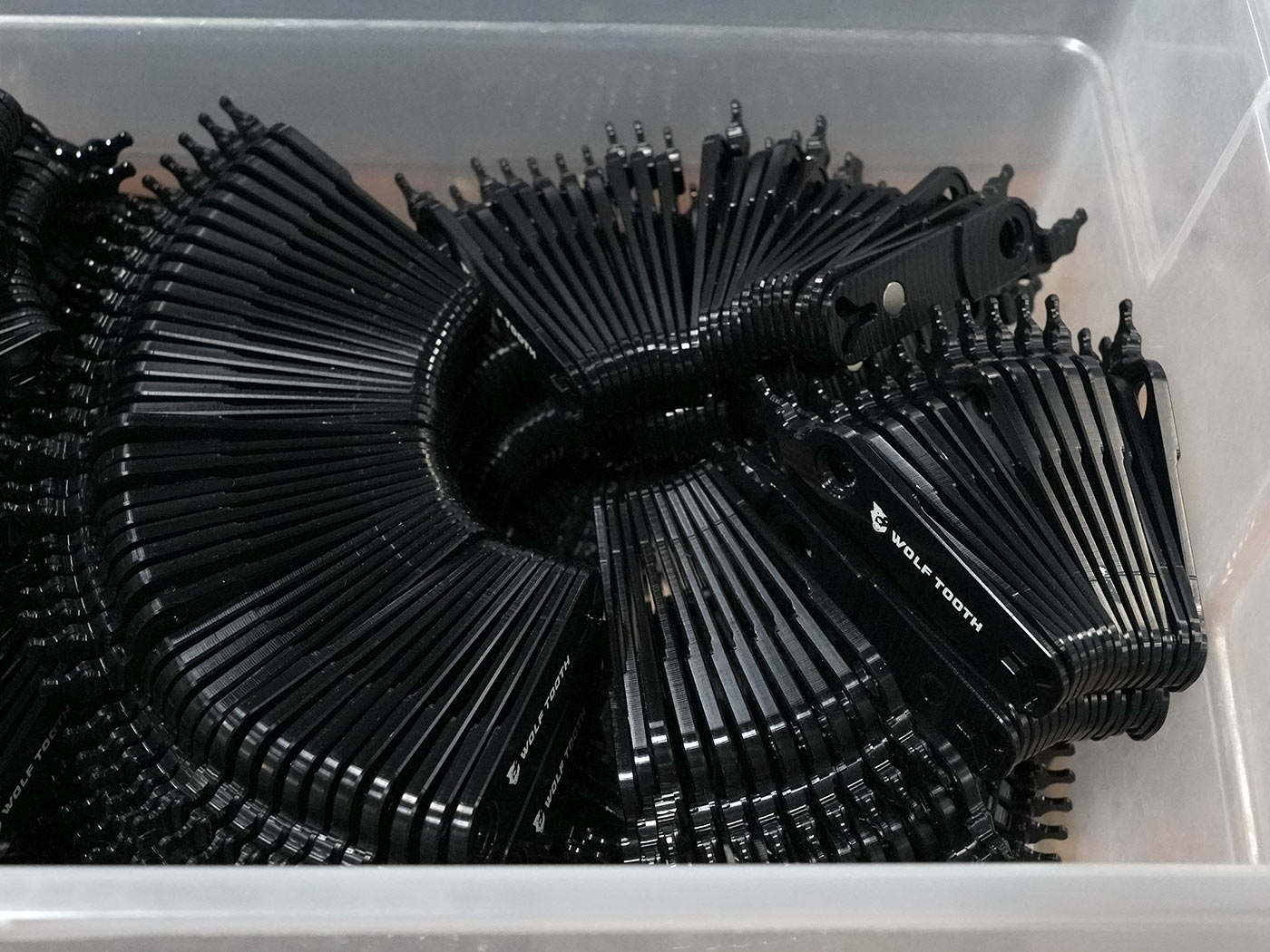 …so they bought a Super Glue pump and applicator to apply a drop into the recess, then a pneumatic magnet applicator to push the correct size and shape magnet into place. It may not look fancy, but it gets the job done quickly and precisely. 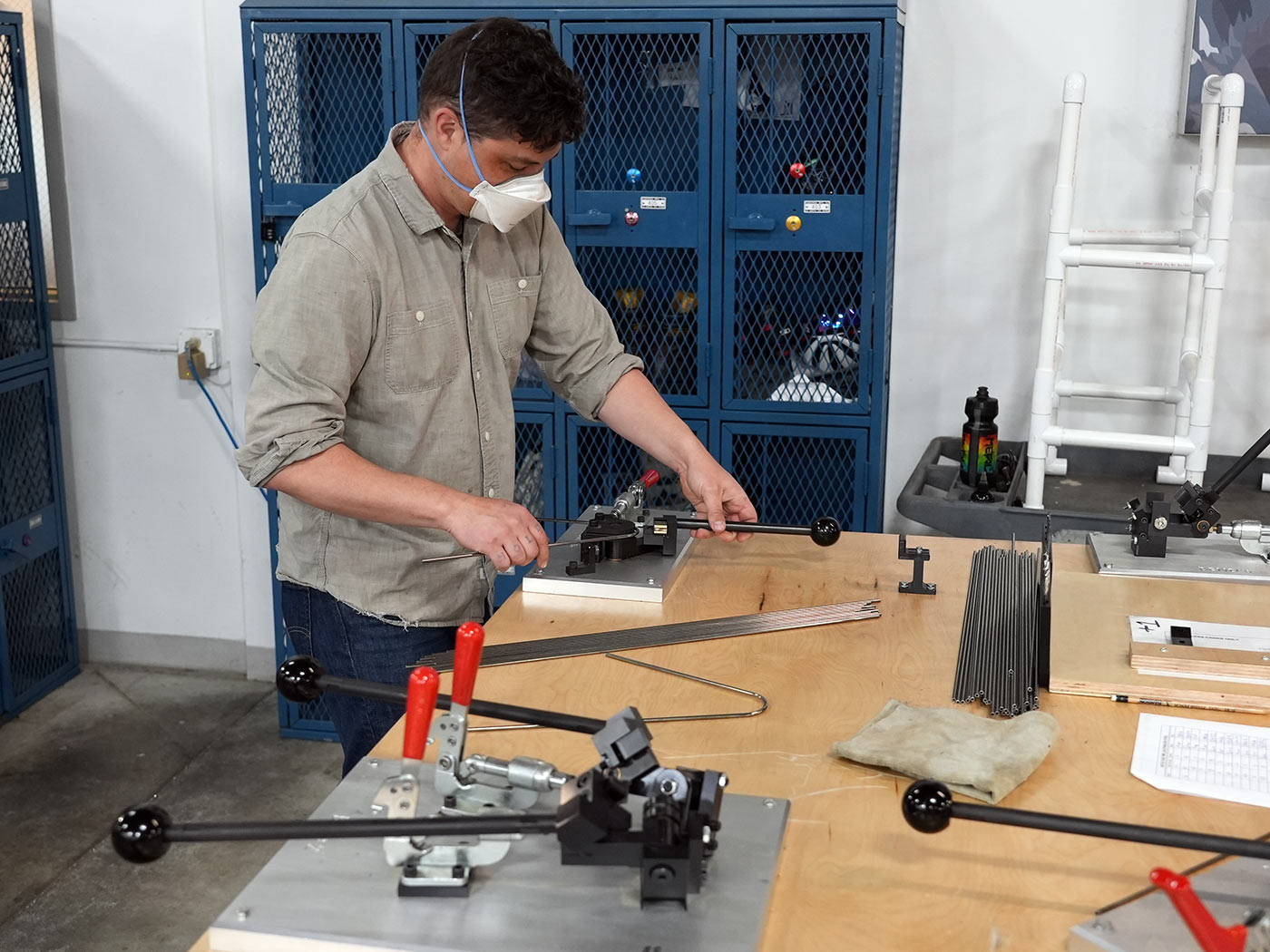 Originally, they outsourced the production of their Morse Cage Bottle Cages (which are excellent), but this well-known bottle cage manufacturer just couldn’t meet their own request, so they came up with their own process and improved the design. Now they bend and nail their own cages here. 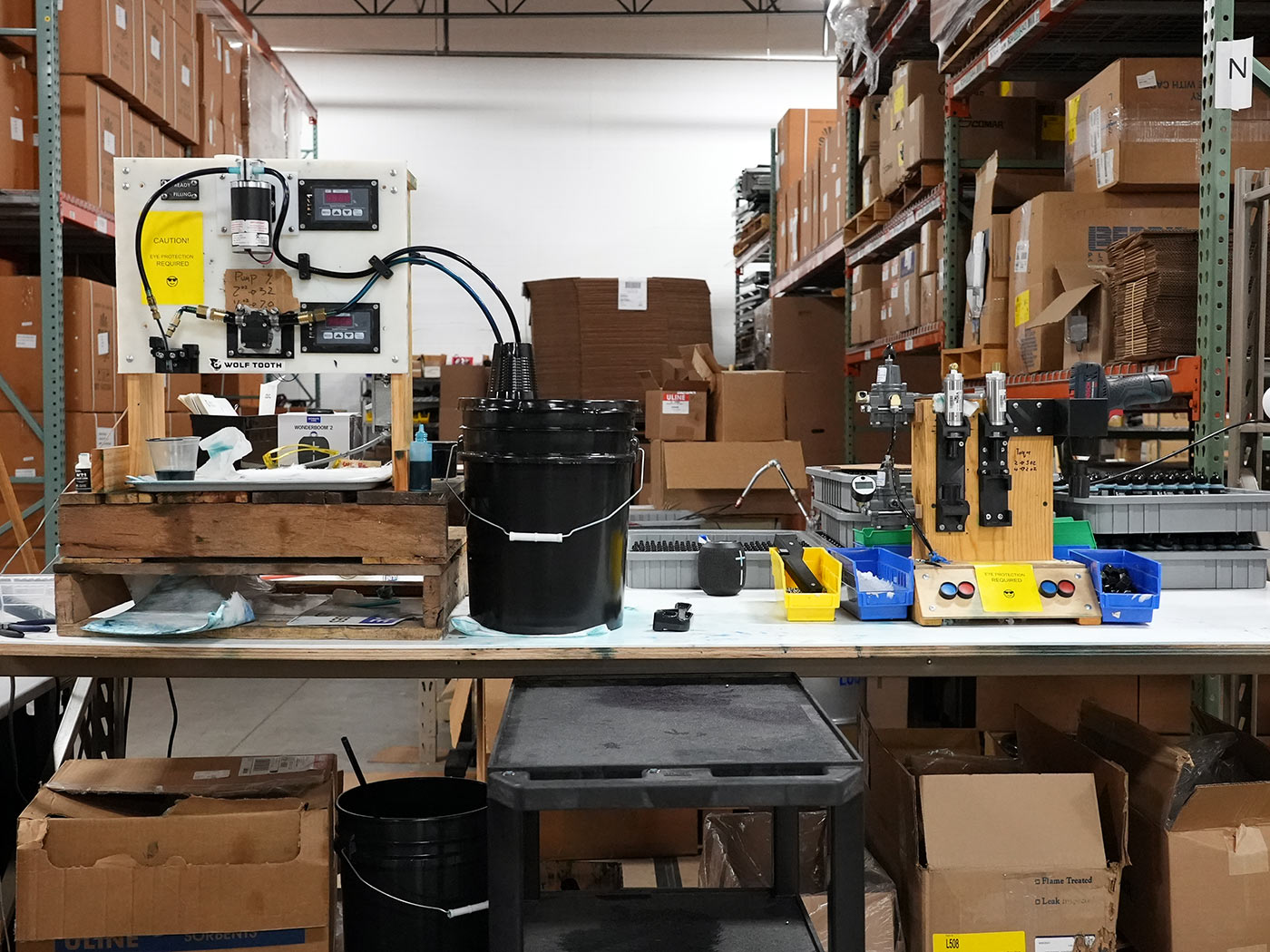 Their chain lube is now bottled off-site, but that’s how they started. It’s still used if they’re out of inventory and need more to fulfill orders, but that workstation doesn’t see much action these days. 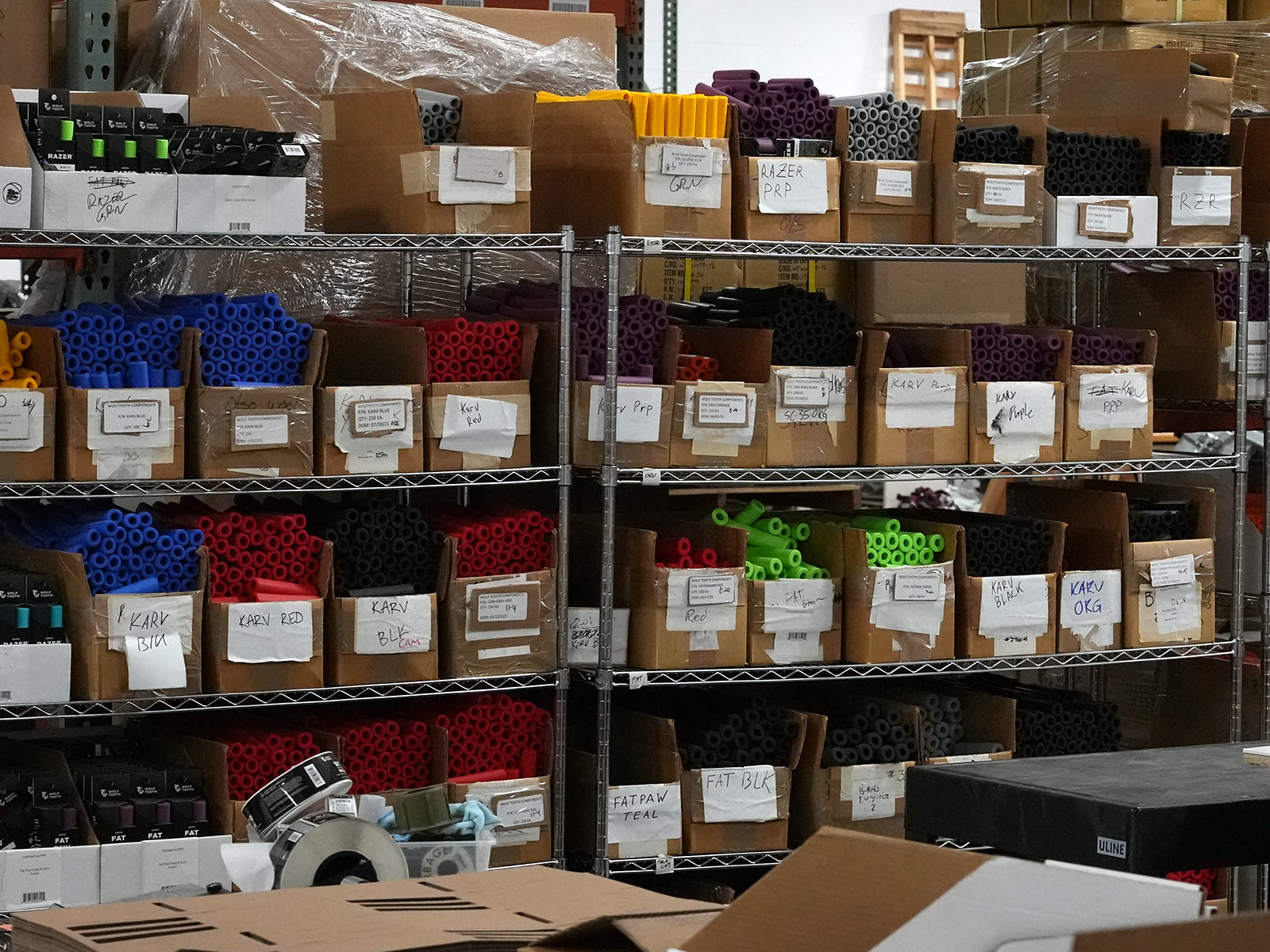 Wolf Tooth acquired the RedMonkey line of grips a while back and now sells its foam grips in a variety of colors in multiple thicknesses. 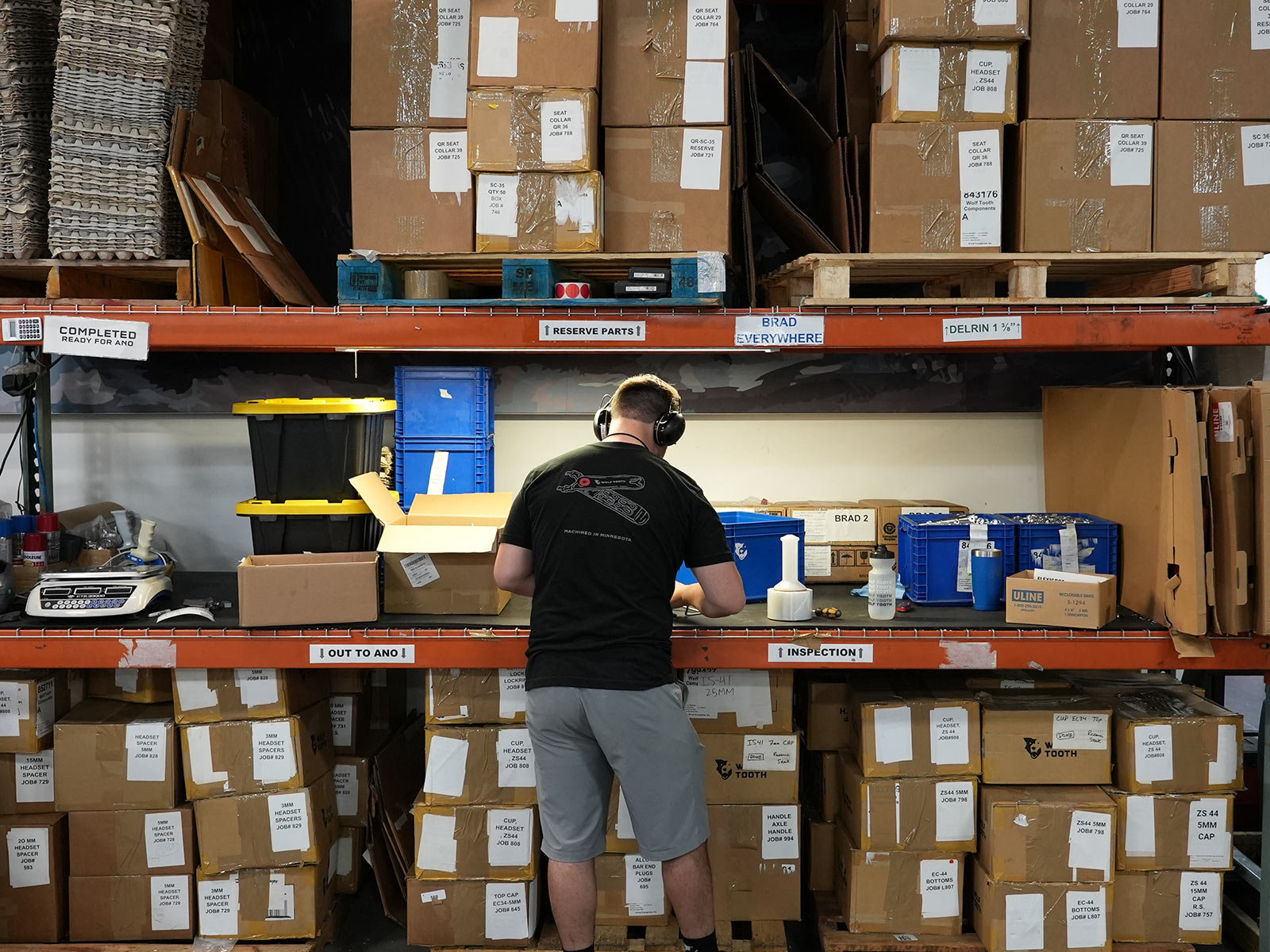 Once everything is prepped, assembled, and labeled, it’s sent to this guy for packing and shipping. That’s most of what happens in the warehouse, but let’s dive into the cabins first… 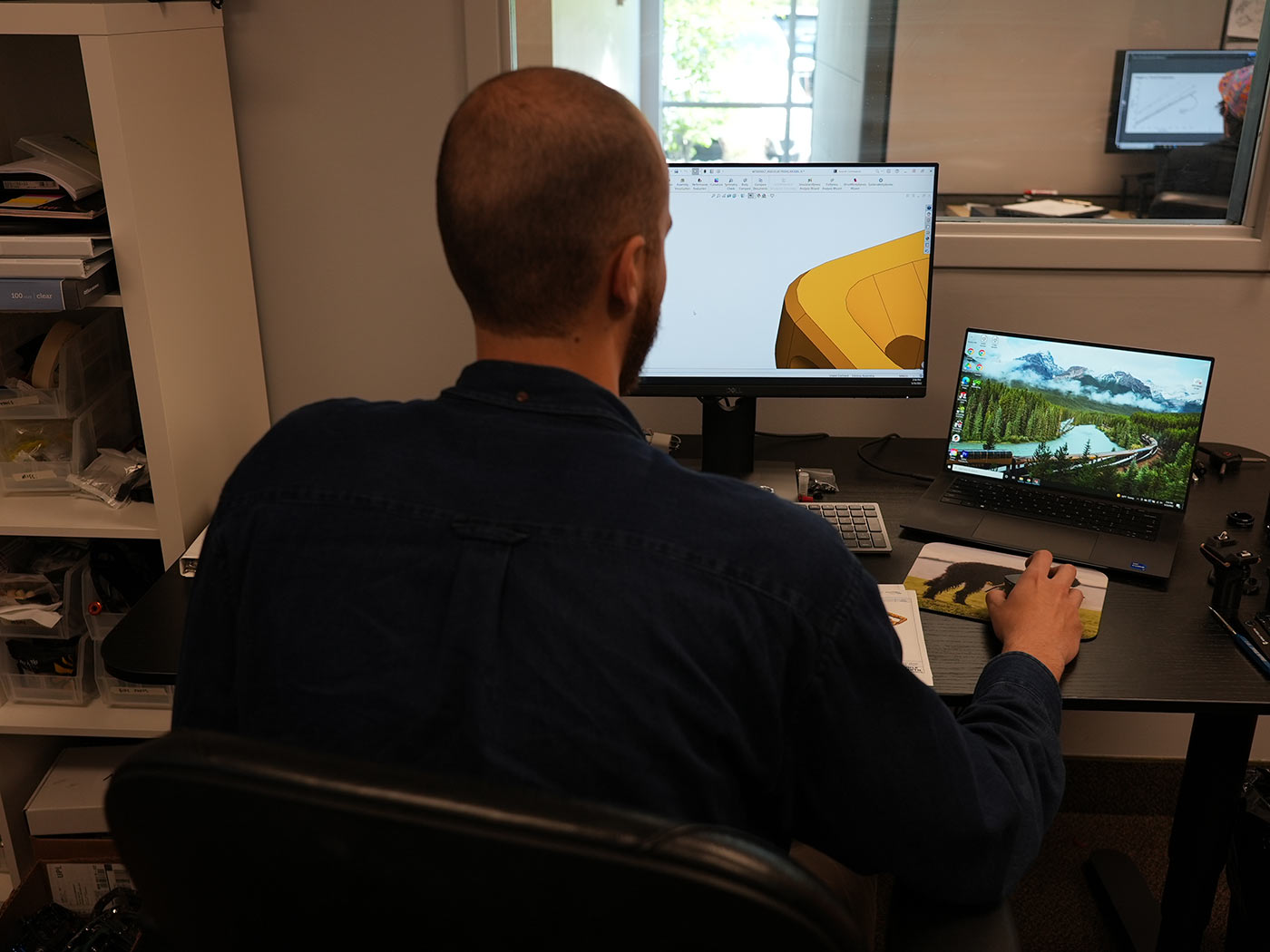 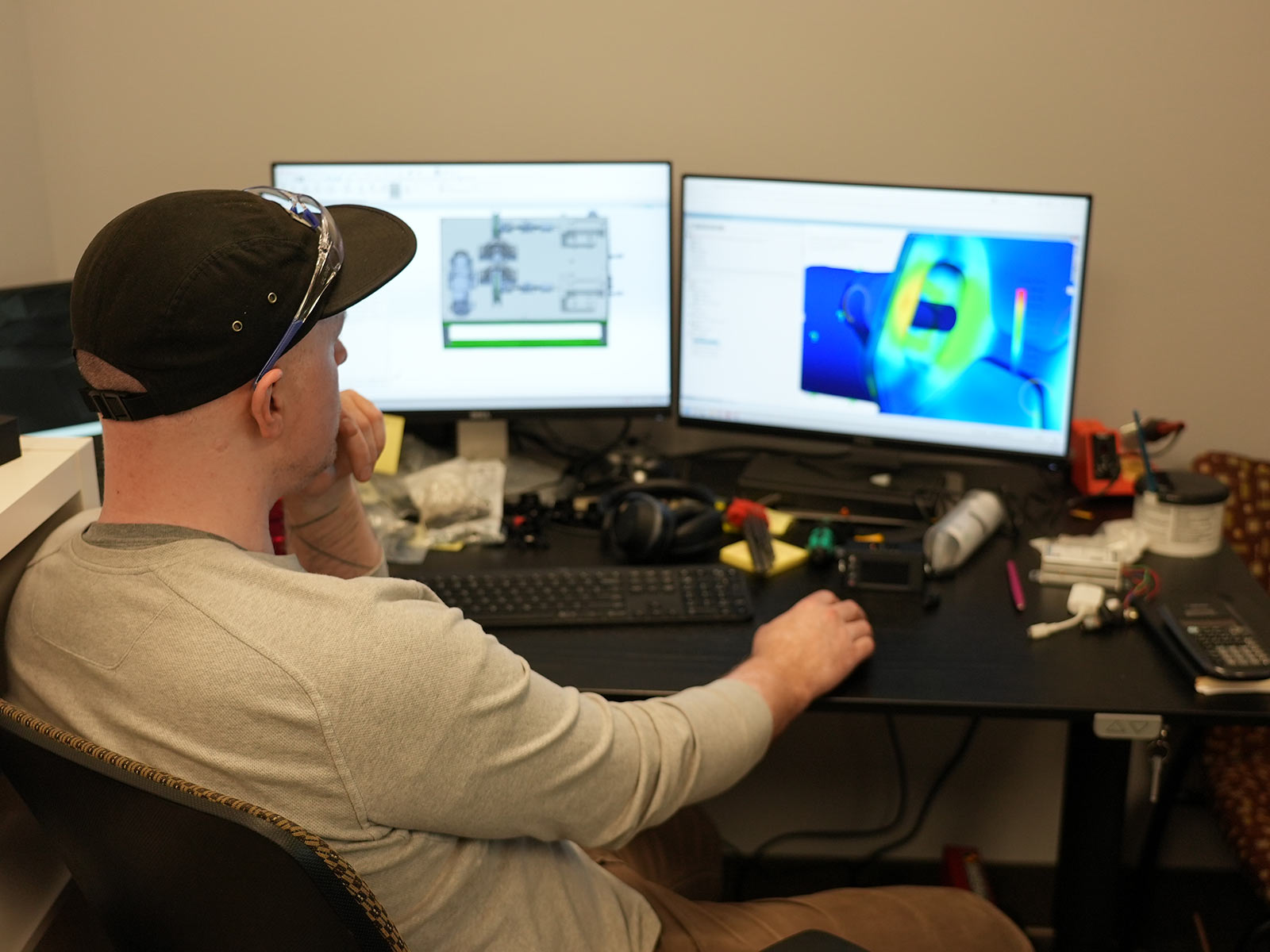 Hmmm, I wonder what they are working on? Leave your guesses in the comments!

Otso Cycles is there too 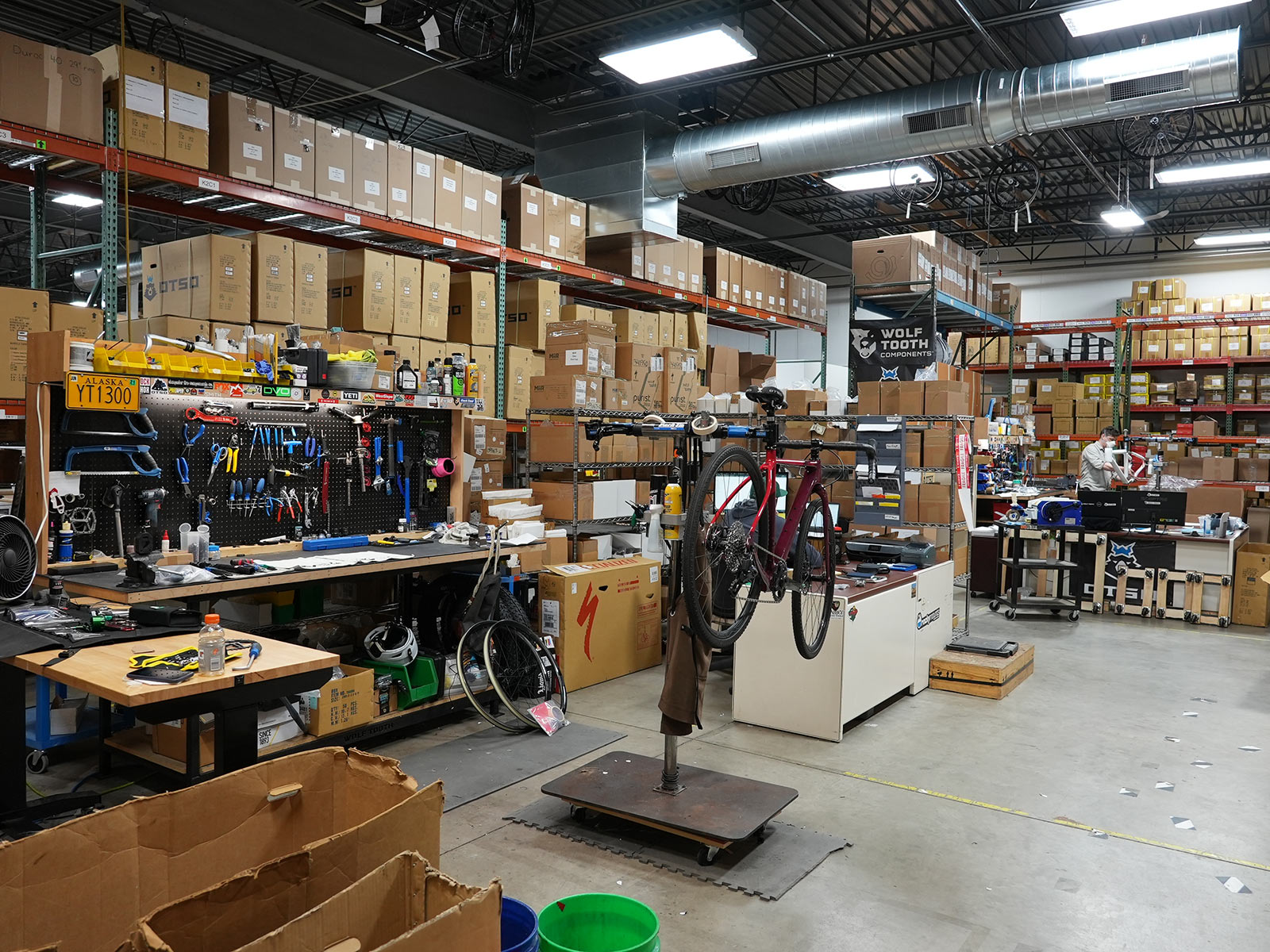 Sister brand Otso Cycles also shares space here, where the bikes are equipped with many WTC products. A series of assembly stations allow them to build to order and test the bikes before repackaging them for shipping to the customer. 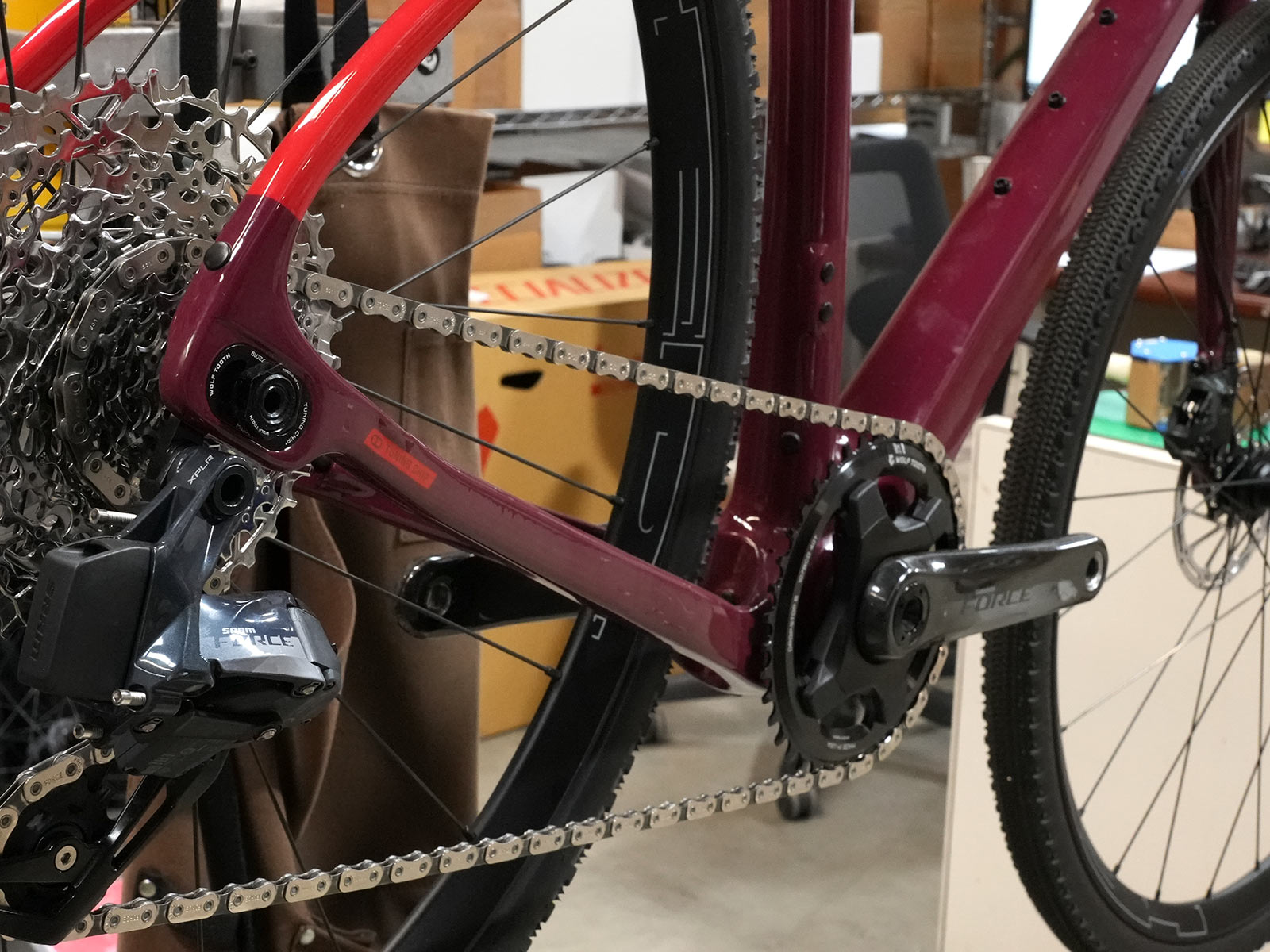 Naturally, there are many Wolf Tooth components to choose from to enhance your vehicle. Even the Tuning Chip rear dropouts are designed by Wolf Tooth (and were originally made in-house, but not anymore) and are proprietary to their frames. They recently added several new options for SRAM cranksets, including the 8-bolt direct mount chainrings and 107BCD rings shown here. 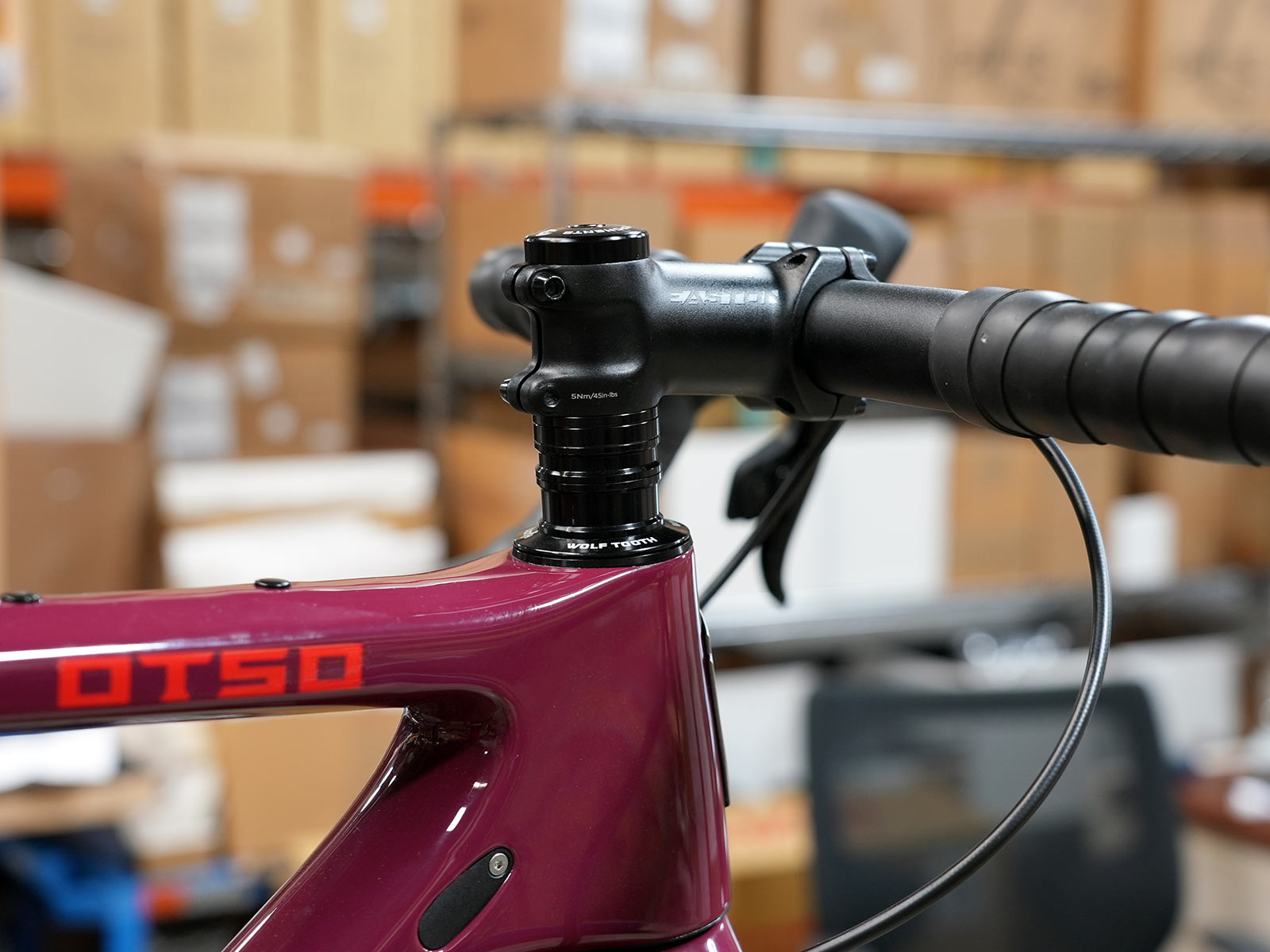 Match the headset and spacers in black…

…or any color you want, on any accessory you want. 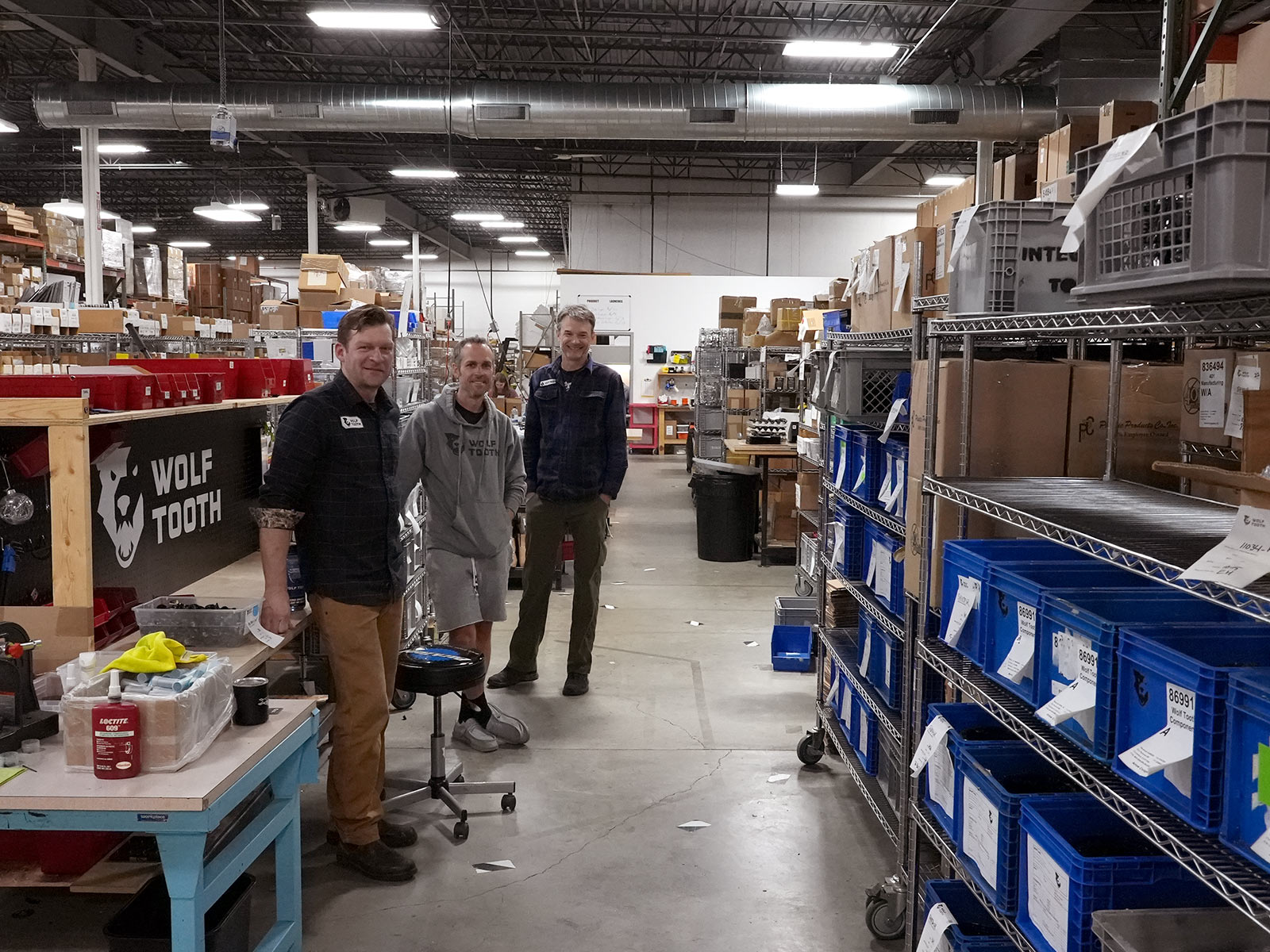 Big thanks to (left to right) Dan, Brendan and Mike for showing us around (and the gravel ride and burritos that followed).

Salmonella stops production of the "largest chocolate factory in the world"