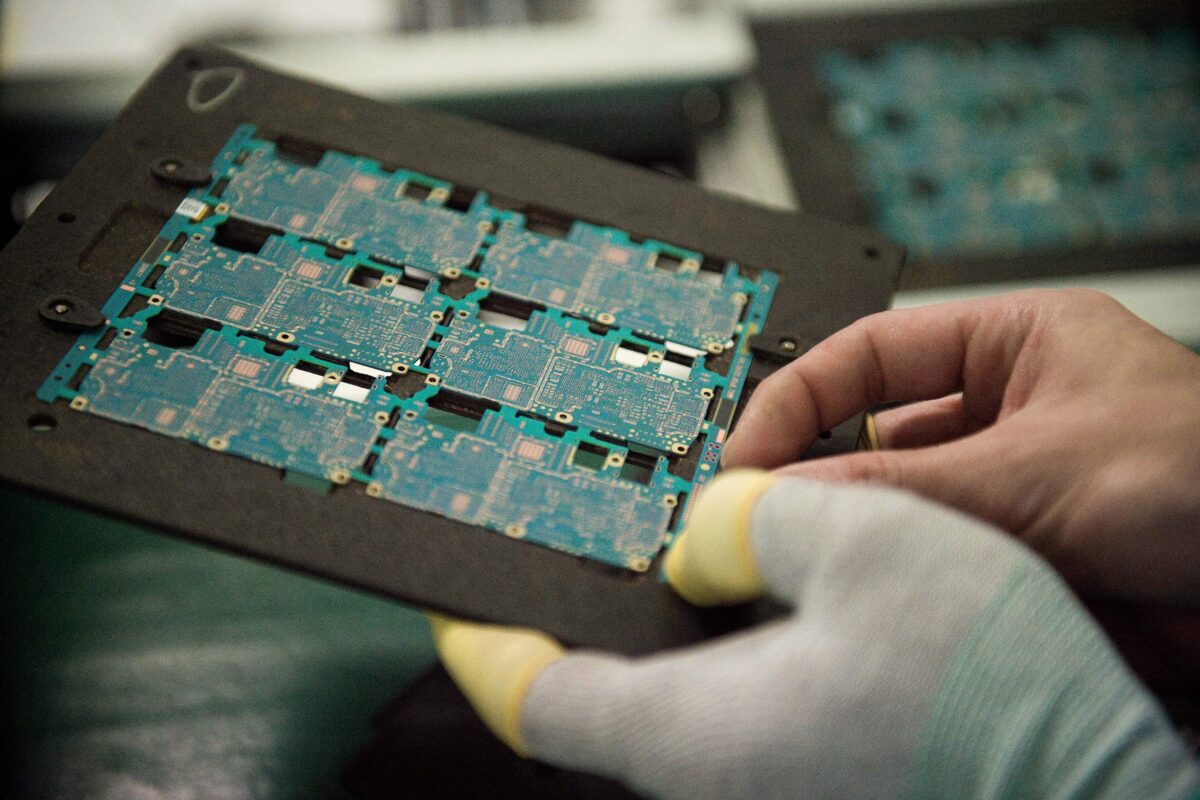 The German government intends to approve the acquisition by a China-based company of a chip production plant belonging to the Dortmund-based semiconductor company Elmos, despite the agency’s warning. German intelligence against this decision, according to the German business daily Handelsblatt.

The Swedish company Silex Microsystems AB, a subsidiary of the Chinese group Sai Microelectronics, plans to acquire Elmos. The acquisition is currently being reviewed by the German Ministry of Economic Affairs, and a final decision is expected in the coming weeks, the Handelsblatt reported on October 27, citing federal sources.

According to Handelsblatt, the German Federal Office for the Protection of the Constitution warned the government of German Chancellor Olaf Scholz not to approve the sale, noting that it is dangerous to increase dependence on China for the chip production.

Recently, a series of decisions by Scholz have benefited China’s ruling Communist Party, including approving Chinese state-owned group COSCO’s acquisition of a nearly 25% stake in a Hamburg port terminal. and a planned trip to China. , which sparked criticism within the governing coalition and sparked public debate on issues of principle in the face of an authoritarian communist regime.

Since the COVID-19 pandemic, global chip production and shipments have repeatedly encountered difficulties. And with growing geopolitical tensions due to aggression from the Russian and Chinese regimes, the acquisition of chip factories has entered a more sensitive and dangerous period, sparking more heated debates.

Elmos is a significantly smaller second-tier chip company than Munich-based Infineon, the world’s largest automotive chipmaker. Ninety percent of Elmos chips are used in the automotive industry. The company wants to give up its chip production capacity in favor of buying chips from contract manufacturers and processing them further.

According to the German government, Elmos’ chip technology is so obsolete that a Chinese acquisition will not grant the regime additional access to new technologies that could advance its development and disadvantage Germany.

But many government officials told the Handelsblatt that it was inconceivable that the government would still consider approving the acquisition, as the move would still help China increase its chip production capacity.

German intelligence agencies said concerns about the chip industry involve not only technology output, but also increased production capacity. Recently, the Federal Intelligence Service and the Bureau for the Protection of the Constitution also described the greedy intentions of the Chinese Communist Party (CCP).

They said China was looking to make chip acquisitions to fill the void after Western companies left China due to the new U.S. chip ban. They warned that the CCP wants to strategically buy into the chip industry so that it can exert pressure on other countries in the future.

Silex already manufactures its own chips and hopes to expand production in its business model. Its products are used in sensors and actuators for medical technology equipment, consumer electronics, telecommunications, and the industrial and automotive sectors.

The acquisition of the Elmos production line will provide Silex with additional production capacity that can be used to process orders from many customers. Silex CEO Edvard Kälvesten said in an announcement that the acquisition would be “an important step in our successful growth strategy.”

Regarding chip competition between the CCP and the West, Frank Xie, a business professor at the University of South Carolina-Aiken, said that after the United States banned both the exporting technology to China and American professionals to work for chip development in China, the CCP has no chance of success in this field even with its large capital investment, because small chips involve high-tech industries large-scale, which is a multinational multi-industry alliance of Western countries.

“The leader in on-chip etching/lithography technology, the Dutch company ASML, does not export its high-end on-chip write machines to China at all and could completely cut off exports in the next step”, Xie said. “It is impossible for the CCP to catch up with more than a dozen of the most advanced industrialized countries in dozens of cutting-edge fields, ranging from laser optics, precision instruments, precision manufacturing, [and] from digital machine tools to advanced materials.

Wang Yixiao contributed to the report.

Alex Wu is an American writer for The Epoch Times who focuses on Chinese society, Chinese culture, human rights, and international relations.

Inside the Ukrainian Factory Turning Pickup Trucks into Weapons of War