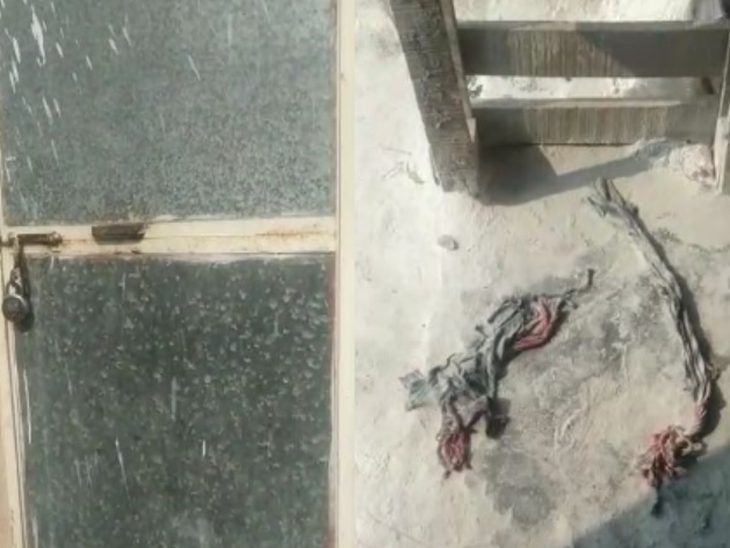 The theft was carried out at a factory near Beawar in Ajmer district overnight. Eight men entered the factory at 1:30 p.m. and tied the guard’s hands and feet there and hung him upside down, then covered him with a blanket. After that, oil and copper, powder checking machine and grinder, mobile were taken from the transformer installed here. The peculiarity was that when leaving, the DVR of the CCTV installed there was turned on. The matter came to light in the morning when workers arrived to start the boyle meal. Beawar Sadar police station was notified and the police after inspecting the scene registered a case on the victim report and opened an investigation.

Lalit Kumar Lodha, son of Jawri Lal Jain, resident of Lokshah Nagar Beawar, made a report and said that at about half past one in the evening, 8 men came to our KN Minerals factory and beat the resident guard Suhawa Kamruddin son Hazari and tied his hands and feet and hung him upside down with a rope. Gave. Oil and copper, powder checking machine and grinder, DVD machine, mobile were taken from the transformer installed here. Found in the morning. Thereupon, the Sadar police station was informed to the police. The police inspected the scene and registered a case. The investigation of the case has been entrusted to ASI Chetan Singh.

I found out when the morning came

Mehboob Khan, a resident of Balad, arrived at the factory in the morning and learned of the incident. Mehboob Khan said he came every morning at eight o’clock to start the factory. Here the guard was tied. Opened it. After this information was given to the owner Lalit Jain. The guard told him that he had shouted at the time of the incident but that no one had come to his aid because there was a forest nearby.

The incident has already occurred, but was not found

Factory owner Lalit Lodha said there had been three incidents at the factory in the past, but no incidents had come to light. No effort was made on the part of the police and the administration.