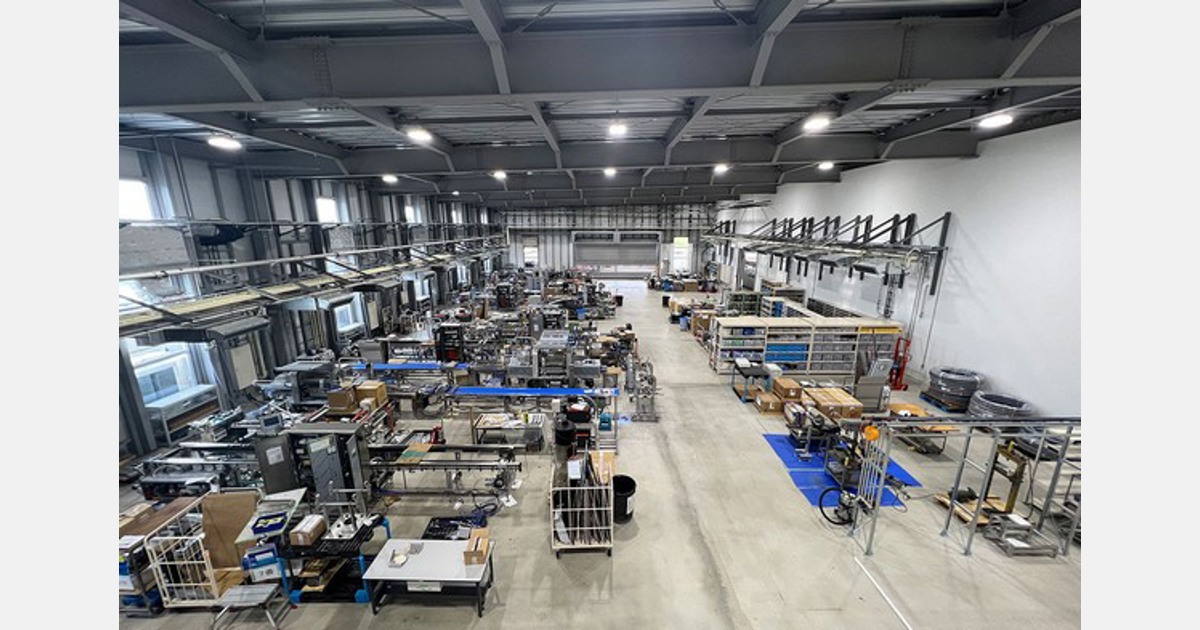 A two-storey building complex with approximately 5,100 m² of production area on a total area of ​​14,400 m² – MULTIVAC sets a milestone in Japan. The new production plant in Tsukuba, which despite the pandemic was inaugurated in July 2022 as planned in the presence of the co-presidents of the MULTIVAC Group, Christian Traumann and Guido Spix, is already running at full speed.

In addition to the assembly hall, the spare parts warehouse and the attractive showroom, the heart of the approximately 20 million euro investment is the state-of-the-art test center, which has five times the capacity of its predecessor.

Located 60 kilometers northeast of Tokyo, the brand new, state-of-the-art production site of MULTIVAC Japan. Transport links are excellent: just five minutes from the main highway and only two kilometers from the important Midorino railway station, served by the Tsukuba Express. An essential aspect, since the new factory is intended not only to offer large production areas, but also to optimize logistics and to be the Training & Test Center for customers as well as a showroom.

The new site brings together two production areas that were previously separate: while the production of the dies was carried out in the neighboring town of Toda, assembly was concentrated in Abiko.

“In order to be able to better serve the important Japanese market, as well as to fully exploit the growth potential in the field of systems integration, it was necessary to have a completely new concept”, explains Guido Spix.

The multifunctional building: added value in all its aspects
In addition to the manufacturing and assembly areas for packaging machines and line modules, the multifunctional building, which is the size of two football fields, also has an application and training center for all types packaging and processing, as well as an application center for bakery technology, the so-called bakery world in Japan. The upper floor houses a small parts warehouse, as well as a canteen and offices for the approximately 100 employees, as well as meeting and training rooms.

“The entire complex offers us enough space for production, administration and logistics – and we also have the opportunity to train the personnel of our Japanese service network in the current state of machine technology. Most importantly, here we can advise our customers on all aspects of system integration, as well as show them our innovative solutions in our showrooms,” says Kenichiro Onuma, Managing Director of MULTIVAC Japan.

State-of-the-art test center
An important factor is the significantly expanded test center. “We Japanese place great importance on healthy, high-quality foods, which we traditionally prefer to buy fresh and unpackaged. But during the corona pandemic, consumer behavior has changed dramatically.