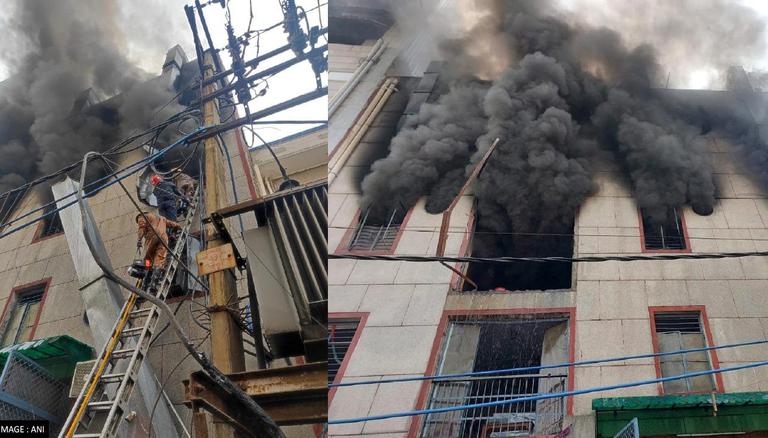 An explosion inside a shoe factory in Delhi’s Narela Industrial Zone on the morning of Tuesday (November 1) killed 2 people and injured 18, the Delhi Fire Service has informed. The blast happened after a polyurethane machine was turned on inside the factory, triggering the blast. Ten firefighters rushed to the scene, after which 20 people were rescued.

DK Mahla, DCP, said: “20 people were rescued, of whom 18 were injured and 2 died. According to the information received, the explosion occurred after a polyurethane machine kept at the ‘inside the factory. Investigation in progress’. He further added that the fire was reported to the Delhi Police at around 9.35 a.m. on November 1, after which 10 firefighters arrived at the scene.

The two people who died in the fire were between 32 and 35 years old and their identities have not yet been established. The fire has now been brought under control, but two or three people are still believed to be trapped in the building.

All of the injured have been transferred to hospital and are currently stable. The cause of the fire has not yet been determined.

delhi | 20 people were rescued, including 18 injured and 2 dead. According to the information received, the explosion occurred after the start-up of a polyurethane machine kept inside the factory. Ongoing investigation: DK Mahla, DCP pic.twitter.com/nefeAjIvKW

Earlier on September 23, a fire broke out at a shoe factory in Narela which was later brought under control with the help of firefighters.

(With contributions from the agency)

Inside information: Nokian Tires plc to invest in a new factory in Romania, the tire industry's first zero-CO2 factory